Im surprised that Roy Moore wants a recount; a large gap in numbers had never bothered him before. Get it?

Another Edit: thanks for making "Get It" a meme <3 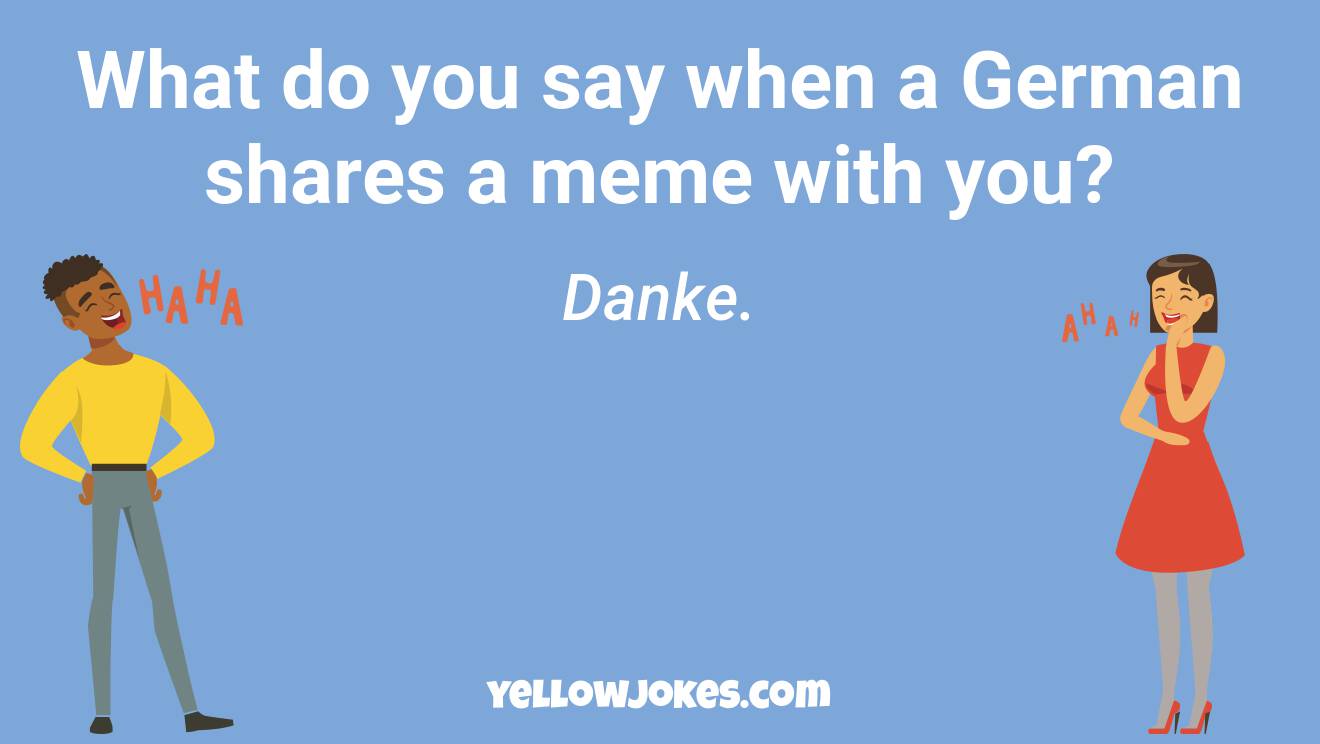 When I die, I’m leaving my vintage meme collection to my son. My will will simply say “you’re the man now, dog”

What do you say to Mario when he doesn't get a joke on the Internet? It's a meme Mario.

Dying, the man's life flashed before his eyes. But he smiled. He'd forgotten that meme long ago.

If I have to see one more Epstein meme I am gonna literally kill myself. Unlike Epstein who was actually murdered.

What does a Muslim meme lord call his naughty girlfriend? Haram bae.

What meme do Uber drivers hate? Do you even Lyft, bro?

I debated whether or not to post a joke about the recent "what word is being said?" meme But I've never been one to rest on my yanny's.

If I make a meme in German Is it a danke meme?

What did the cocaine addict write in their meme they posted? Thanks for snorting by new.

My dad once asked me what a meme was * Me: Picture with a caption, usually funny.
* Dad: Who would ever spend this much time making such things?
* Me:me


Im so sorry this was terrible

What does a German say when you finally explain a funny meme to him? Danke

Germany has allegedly started a new meme sharing website. It is called *neingag*

If I had a nickel for every gender... I'd have ten cents and a dead meme

What’s something this meme and unvaccinated children have in common? They’ll both die in new.

If I see one more Jeffrey Epstein meme I'm going to kill myself. Unlike Epstein, he didn't kill himself. He was murdered.

My family is talking to me about my meme addiction. They're trying to make me go to REEEEEEEEEhab.

I will never forget the first meme that made me laugh... one could say that it was rather memerable

What did the dead meme do when someone misused him? Rick rolled in his grave.

I just saw a meme that said "The first 50 years of childhood are the hardest." **Finally, someone understands me.**

What is the fastest dying meme of all time? Anti-vax children

(Came up with this one from a meme I just saw) There's a bee in the drawer of my side table that buzzes and makes me think I got a new message on my phone... Got a bee kiddin me.

It's my first cake day ;) i wanted to make a meme but got lazy

Winners never quit and quitters never win But if you can't win and won't quit, you create a subreddit to post some meme and rant about your alleged suffering.

Why did the meme about unvaccinated children flop? It died in new.

You thought i would bring up an old meme from 5 years ago? Nope, Chuck Testa

Whats the difference between a fetus and a meme? You cant kill a Meme

What Did The Meme Say To The Dead Meme? Omae Wa Mou Shindieru

Here's this funny meme I found of an European politician \[removed\]

Hey do you guys remember about the "press F to pay respects" meme I heard that it died, hit me kinda hard.

I made a meme about COVID-19 It went viral

Someone made a meme about Justin Ohh, it's justin memer.

What happens when you hear that a meme died in New? You attend a memeorial service.

Jimmy Fallon on his late night show had people send in a 6 word meme to describe their stay-at-home experience. One lady sent in: Will end in death or murder

Coronavirus is a dead meme Now that all the normies are sharing it.

Warning: Dad Joke - Friend of mine wanted to make a Corona meme I told him if it was good enough, it might go viral...

Want to hear an anti vax meme Oh wait they died a long time ago.

How they call a meme in Soviet Russia? A wewe

I showed a high effort meme I made the other day to my father. He responded with "High effort, I'm dad!"

Statistics have proven that the average parent communciates with their child using smartphones Antivaxxer parents use an Ouija board.


P.S. (Sorry if it's a repost, just saw a meme in Russian and it was my first time)

What's the difference between mad girlfriends and memes? As time goes on you will know why the meme exist and what happened.

If I would be a meme it would be Chuck Testa. I look alive but I've been dead since at least 2011...

Based off of a meme My wife and I were talking about the challenges we face in life, and the difficulties we had. She told me to see things from her point of view.

So, I looked out the kitchen window.