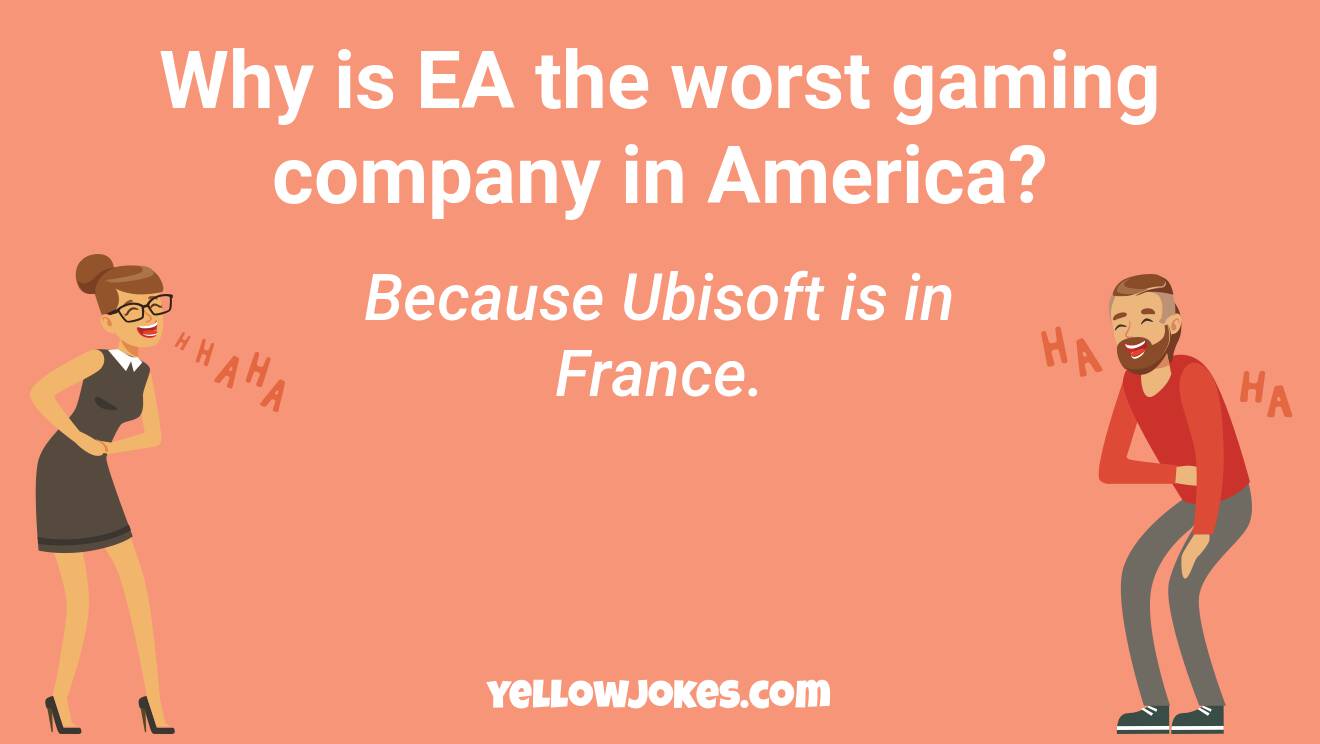 Man: Doctor, all five of my boys want to be valets when they grow up! Doctor: Wow! That's the worst case of parking son's disease that I have ever seen.

Don’t you just hate that situation when you’re picking up your bags at the airport, and everyone’s luggage is better than yours. A worst case scenario.

My boss said to me, "you're the worst train driver ever. How many have you derailed this year?" I said, "I'm not sure; it's hard to keep track."

The worst part about working for the department of unemployment Is when you get fired you still have to show up the next day.

The women I meet in bars have the WORST pickup lines... They're like, "Hey, what's your friends name?" Never works on me ladies.

Just found the absolute worst page in the dictionary What I saw was disgraceful, disgusting, dishonest and disingenuous.

Dad: Doctor, all five of my boys want to be valets when they grow up! Doctor: Wow! That's the worst case of parking sons disease I have ever seen.

Worst Geometry Joke I Know When does a Pentagon have only 4 sides?

When it is intercepted by a plane.

My grandfather killed 30 german planes during World War 2 He was easily the worst mechanic the Luftwaffe ever had.

Not bragging, but I made six figures last year, so they names me the year's worst employee at the toy factory.

Why is Yoda the worst copilot? "Yoda, are we still going the right way?"
"Off course we are"

The worst thing about celebrity deaths is the inevitable torrent of jokes referencing them from people trying to be witty when really it should be a time of mourning and respect. I won’t take any part in it. So wake me up when it’s all over

What's the worst thing to say to a hipster? You remind me of someone

What is a pirate's worst nightmare? A sunken chest and no booty.

What is the worst part about locking your keys inside your car outside an abortion clinic? Having to go inside and asking for a coat hanger.

The fly says, "that's the worst pun I've ever heard."

The gnat goes, "what do you expect, I just made it up on the fly!"

What's the worst thing about accidentally locking your keys in your car outside an abortion clinic? Having to go in and ask for a coat hanger.

You already know the punchline. What is the worst part about time travelling jokes?

The worst part about being a giraffe is having a lot of time to think about your mistakes when you’re sinking into quicksand.

My boss is going to fire the employee with the worst posture. I have a hunch, it might be me.

I just had my first prostate examination Worst dentist ever.

Just found the worst page in the entire dictionary What I saw was disgraceful, disgusting, dishonest, and disingenuous

“Doc, all my 5 kids want to be valets when they grow up!” Doctor: WOW! That’s the worst case of parking son’s disease I’ve ever seen.

What is the worst response to "I love you"? "I'm still pulling the plug Grandma"

What's the worst part about locking your keys in your car outside of a Planned Parenthood? Going inside to ask for a coat hanger.

What’s the worst part about being locked out of your car outside and abortion clinic? Having to go inside to ask for a coat hanger

Worst joke I've ever heard What is the difference between Hitler and the Boston Bombers?

One of them actually ended a race.

The worst part about spring... Getting sued by the Fine Brothers for having an allergic reaction.

What’s the worst part of locking your keys in the car outside planned parenthood? Having to go back in and ask for a hanger.

My boss told me, "You are the worst train driver ever. How many have you derailed this year?" I replied, "I don't know; it's hard to keep track".

What's a pirates worst fear on a blind date? A sunken chest and no booty.

Where is the worst place to hide in a hospital? In the ICU.

What's the worst part about locking your keys in your car outside of an abortion clinic? Going inside to ask for a coat hanger.

Hey guys, I just lost my virginity yesterday! What's the worst thing you've ever done to a dead body?

What is a suicide bombers worst fear? Dying alone!

I bought the world's worst thesaurus yesterday. Not only is it terrible, it's terrible.

What’s the worst thing about locking your keys in your car outside an abortion clinic? Having to go inside and ask for a coat hanger.

Where is the worst place to play hide and seek in a hospital? In the I.C.U.

Why is the Invisible Man the worst lawyer? He can never appear in court.

Best Worst Joke Ever: How do you get water into a watermelon? You plant it...in the spring!

What is the worst thing to feel when getting a prostate exam? Two hands on your shoulders

Minutes ago , my brother ran out of the room with tears in his eyes shouting : it is a boy , it is a boy ! Dont go to Thailand , my worst trip so far !

[Dark] What's the worst part about locking your keys in your car outside of an abortion clinic? You have to go inside and ask for a hanger.

What's the worst part about working at a gynecology clinic? Customer Cervix

Whats the worst part of squaring a number? Nothing! There are no negatives!

My sewing instructor just told me that I am the absolute worst student she has ever had... Oooops! Wrong thread...

What is the worst part of ancient history class? The teachers tend to Babylon.

I tried my wife's essential oils for the first time today. Worst french fries I've ever had.

Islamic pubs and bars are the worst You can't drink alcohol
Or dance.


Women can get Stoned though, no questions asked.

Who are the worst types of blind people? The Notsees.

The best part about being quarantined are the handjobs. The worst part is being alone.

I dropped my cactus the other day The worst part is, I caught it

The worst thing about the pandemic... ...is that I can’t find an unbiased review of bat soup.

I bought the world's worst thesaurus today. Not only was it terrible, but it was also terrible

Whats the worst joke to hear during a cremation? Knock knock

What's the worst time to use a trampoline? Spring break

Whats the worst time to have a heart attack? During a game of charades.

The stock market crashing last week was worst than a divorce. Lost half of my money AND the wife is still there.

My grandpa was a WW2 veteran. He destroyed four planes and killed twelve men in one day. He was the worst mechanic the Luftwaffe had.

My grandfather was responsible for the downing of over 30 enemy aircrafts during WW2 And still to this day, the Luftwaffe considers him the worst mechanic they've ever had.

Why do the worst subreddits all seem like they are being run by drunks? Because alcoholics are terrible at moderation.

What does Charles Dickens keep in his spice rack? The best of thymes, and the worst of thymes

Star Trek characters make the worst sports fans... They always root for the away team

My doctor broke his hand the other day. The worst part is that he broke it during my prostate exam.

My grandfather was in the air force in the Second World War, surviving over 30 combat missions in hostile airspace. He was by far the worst pilot of the entire Kamikaze corps.

I bought the world's worst thesaurus. Not only is it horrible, but it's very horrible, and worse than that, it's truly horrible. Just horrible!

The worst part about working at the fire hydrant factory... is that you couldn't park anywhere near the place.

Yesterday I bought the worst thesaurus ever! Not only is it terrible, it is also terrible!

I bought the world’s worst thesaurus today. Not only was it terrible, but it was also terrible.

My boss said he was going to fire the employee with the worst posture. I have a hunch that it will be me.

What's the worst school to drop out of? Aviation school.

What's the worst thing about dating a pirate? You don't know if he's winking at other women or just blinking

I have the worst dentist in the world. He even got a little plaque to prove it.

Why is EA the worst game company in America? Because Ubisoft is in France

Yoda must be the worst car guide ever. Master Yoda, are we in the right direction?

Off course, we are.

My boss said to me, “You are the worst train driver ever. How many have you derailed this year? I said, “I don’t know, it’s hard to keep track.”

What is a vegans worst fear? Laryngitis.

What's the worst combination of two sicknesses? Diarrhea and alzheimer. You are running but you don't know where.

Whats the worst thing about a lung transplant? The first bit of slime is not yours.

What’s the worst combination of illnesses? Alzheimer’s and Diarrhea. Your running, but can’t remember where.

I bought the world’s worst thesaurus the other day, Not only was it terrible, it was terrible.


"That's the worst pun I've ever heard," groans the fly.

Getting my toy drone stuck in a tree isn’t the worst thing that happened to me today. But it is definitely up there.

My great-grandfather in WWII My great grandpa was responsible for the downing of over 25 German aircraft during the war.


He was the worst mechanic in the whole Luftwaffe.

Woman: I’m having the worst period ever Husband: Are you sure you’re not ovary-acting?

My grandad was responsible for 28 downed german planes in WW2. Still to this day holds the record as the worst mechanic the Luftwaffe ever had.

My grandfather was responsible for 49 downed German planes. Still to this day, he holds the record for worst mechanic the Luftwaffe ever had.

What was the worst miscommunication in history? Hitler: “No! You idiots! I said I hated juice! JUICE!!!”

Worst pub I ever went to was called The Fiddle. It was a vile inn.