I actually have a good Japanese joke. Anime'd it myself.

What do you call an internet page dedicated to anime? A weebsite.

How many anime characters does it take to change a light bulb? Find out next time on Dragon Ball Z.

What do you get if you send an anime fan to one of Saturn’s moons? “Otaku on Titan” 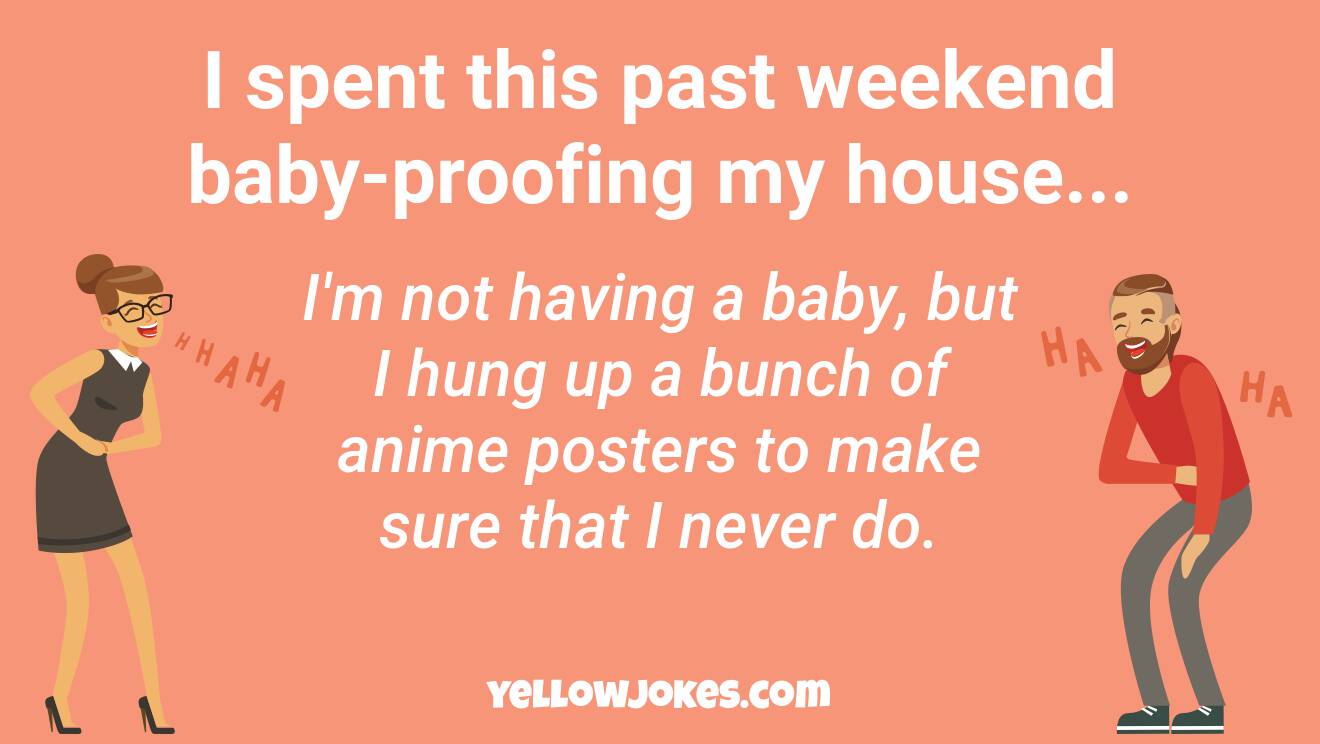 What do you call a drunk anime fan in the desert? A tumbleweeb.

What do you call a crying anime fan... a weeaboo-hoo

Where is one subreddit a person who visits anime conventions cannot post? Shower thoughts

I don't believe in hitting my kids as punishment. So i send them to school wearing crocs and shirts with anime on it and let other kids beat them instead!

C.S.Lewis once wrote an anthology on anime culture... ...The Chronicles of Nani-a.

What do ISIS and anime fans have in common? They both get hot and bothered over cartoons.

Q: What has more ships than the navy? A: Anime fanbases

What does anime and suicide have in common? Bleach

What do you call a person who is into French Anime girls? An ouiaboo.

What do you call a Mexican person who likes anime? An otaco.

What do you call a drug addict who likes anime? Weed-a-boo

I think my anime jigsaw puzzle was too simple. It was... ...One Piece

What do you call the ghost of an anime fan? A weeaboo

What do you call someone who only watches Horror Anime? A Ouijaboo.

What do you call an anime fan blowing in the wind? A tumble weeb

If an anime was based around the Ottoman Empire... It would be a literal Harem anime.

In Anime it isn't called loosening.... It's an Attack on Tighten.

I like cutting up broccoli because... It makes me feel like a giant, wielding a tiny anime sword, cutting down tiny trees..

I saw an anime character propose. Yeah I saw him get on his Japaknees.

What is a Mexican’s favorite anime? Juan Punch Man.

Why do anime fans hate electronica? The can’t stand DUBstep

I have a question for you anime fans. Is fansub the opposite of fandom?

I don't think anime is realistic You know those romance anime?

There are some scene's where a guy winks at girls and just makes them fall in love.

I tried it, didn't work.