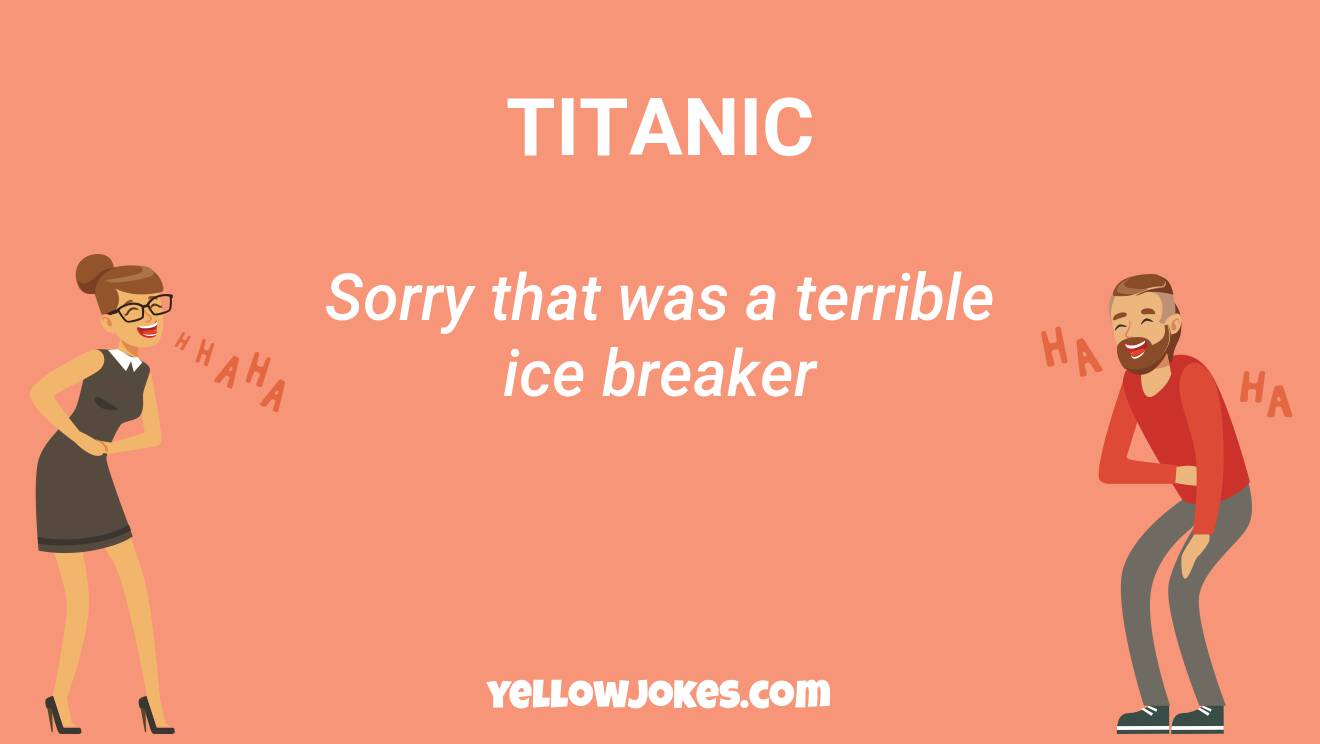 When I first meet someone I always want to talk about that movie with Kate Winslet and Leonardo DiCaprio... but the Titanic is a terrible ice breaker.

You know what a good ice breaker is? Global Warming...

I once tried greeting everyone I met by saying "titanic"... Turns out it wasn't a very good ice breaker

Whenever I introduce myself, I always bring up the titantic. It's just such a good ice breaker!

The ice breaker I used for my graduation speech today What do you call the speed of an herbal beverage at any given time?

When I meet someone new I always try to start a conversation about the Titanic Yes, I know. It's a terrible ice breaker.

When you meet someone new, talk about your views about global warming. It can be a real ice breaker.

Why should you never tell jokes on the ice? The ice might crack up!

I use this at the beginning of conversations... it's a reall ice breaker.

Have you heard about the new mints? They’re real ICE BREAKERS

What is a penguins favorite chewing gum? Ice breakers, Hi my name (insert your name here)

What is a bad ice breaker ? The Titanic

Hey, are you one of the new guys? No I've always been a guy, why do you ask?

( I'm starting a new job in a few weeks, and I've been trying to come up with some new ice breakers. They're going to love me)

My Grandad used to tell me a story about how he once saw a Polar Bear fall from a great height ...He said it was a great ice breaker

Never go ice skating on your first date in spring. It could be a bad ice breaker.

What would be a great ice breaker? Ice pick