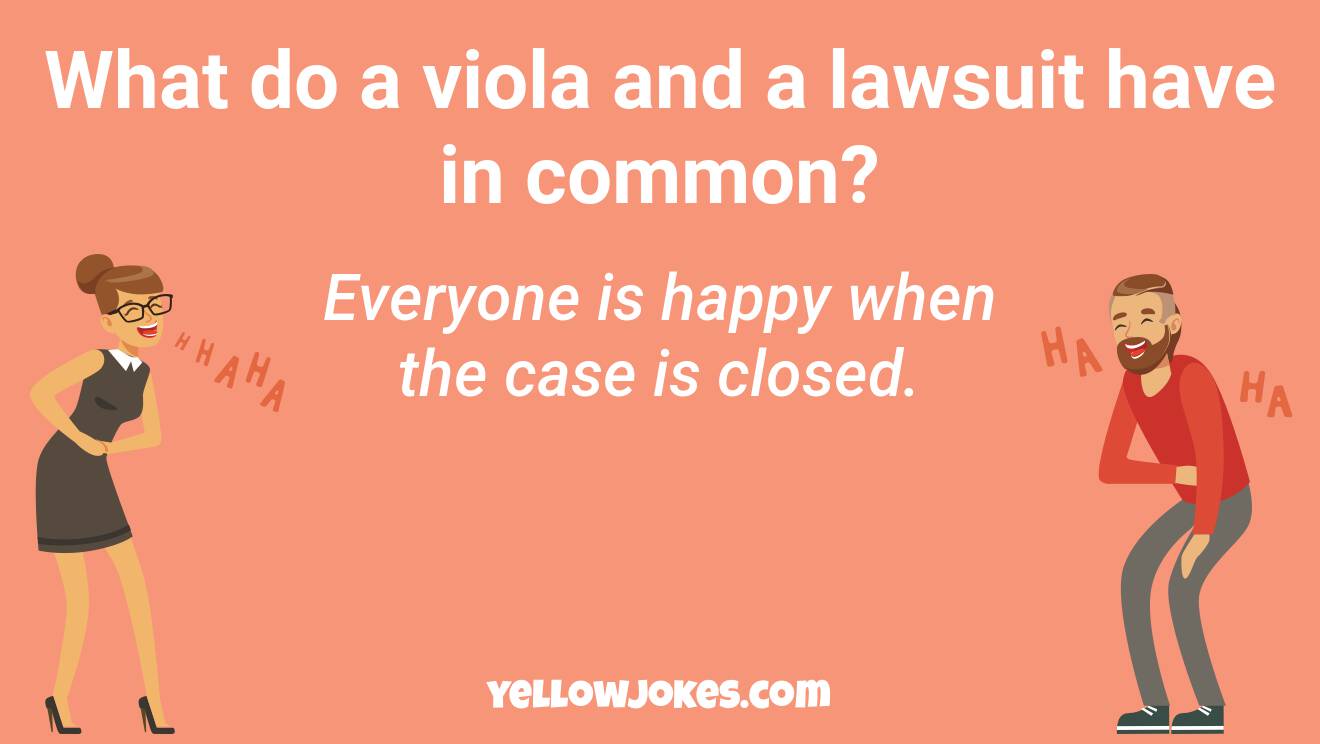 How many viola players does it take to change a lightbulb? None - they can't reach that high

How do you keep a violin from getting stolen? Put it in a viola case.

What did the viola say to her daughter before crossing the street? You better C^♯ or you'll B^♭

How does a viola greet a relative? Cello!

What's the difference between a viola and a trampoline? You take your shoes off before jumping on a trampoline.

What's the difference between roadkill and a viola in the middle of the road? There are skid marks leading up to the roadkill.

What's the difference between a violin and a viola? A viola burns longer.

What do you do to prevent your violin from being stolen? Put it in a viola case

How do you keep a violin from being stolen? Put it in a viola case.

Why is a viola solo like premature ejaculation? Even when you know it's coming, there's nothing you can do about it.

My wife stopped me on the way out the door with my viola case in hand.

Wife: Where do you think you're going?

Wife: A gig? I thought all your gigs got cancelled?

Wife: Who hires a violist when we're all quarantined?

Me: The health department. They want me to walk down the street playing my viola to get everyone to run inside and shut their windows.
Share:

One day, a viola player walks into his orchestra, and finds a lamp...

He rubs the lamp, and out pops a genie.

"I WILL GRANT YOU THREE WISHES! What is your first wish?" he booms.
"I want to be the best viola player in my orchestra." says the player.
"YOUR WISH IS MY COMMAND!"

The next day he comes in to orchestra practice and sees he has been promoted to 1st Violas.
"Wow!" he thinks, it really worked.

Once again, the genie pops out of the lamp.
"What is your second wish?" he asks.
"I want to be the best viola player in the country." he says.
"YOUR WISH IS MY COMMAND!"

Once again, the next day, the viola player walks in and is instantly congratulated by everyone around him. Critics gave him the status of best player in the country after playing in the concert last night!

For the last time, the genie pops out of the lamp.
"What is your final wish?" he asks.
"I want to be the best viola player in the world." he says.
"YOUR WISH IS MY COMMAND!"

The next day, the viola player walks into the orchestra, and this time, he goes in, and he sits down with the second violins.
Share:

One day, a violist finds a genie's lamp [long]