All of the heroes of Overwatch have natural hair colors... Because heroes never dye. 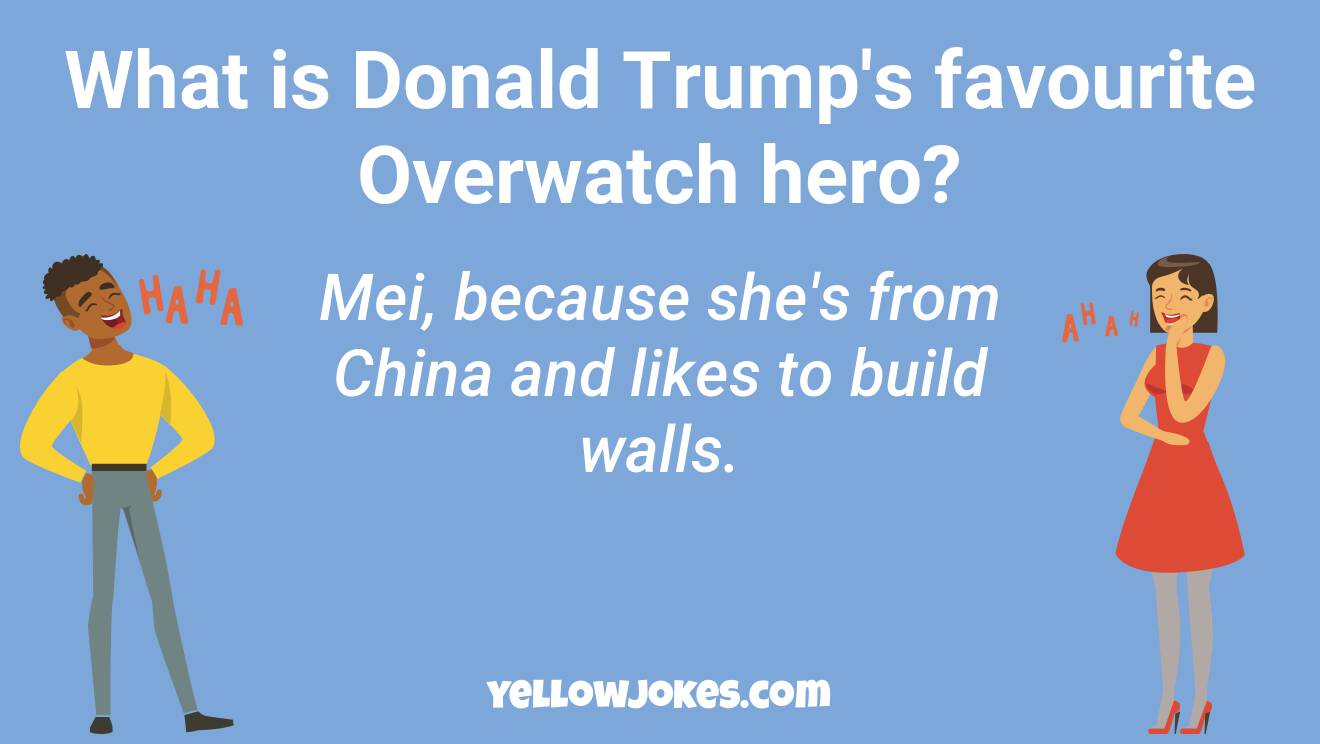 How do you draw an Overwatch character? You Tracer.

I suggested to my WiFi that it should main Reinhardt on Overwatch It's great at tanking during pivotal moments.

Always cracks me up when I hear this one. Professional Overwatch.

Widowmaker and Reaper are the worst heroes in Overwatch. All they had to do was kill ONE monkey, a Zookeeper is a better shooter than these doofs!

Why is Junkrat a feminist's favorite class in Overwatch? TRIGGERED

In the middle of a very important Overwatch meeting, Reinhardt abruptly gets up and leaves Another member asks him where he's going.

"I have been called. I must answer. Always."

What's the difference between British politics and Overwatch? May is not bae.

I was playing Overwatch with just my D earlier. It's hard only moving right.

Why does Pingu main McCree in Overwatch? Because it's high NOOT.

I'm not really that surprised that there was a controversy over that Tracer pose in Overwatch. After all, she *is* an offensive hero.

[x-post with /r/Overwatch] What's Junkrat's favorite music genre? I don't know, but he says he's stuck between trap and pop.

Senator Tim Kaine is basically an overwatch champion. even CNN refers to him as D-VA

Now I know Overwatch’s Roadhog is fat, but... Seriously, he puts the “waist” in wasteland.