I told my teenage niece to go get me a phone book... She laughed at me, and said

I told my teenage niece to go get me a newspaper... She laughed at me, and said, "Oh uncle you're so old. Just use my phone."

Been in Jail for 5 minutes and I've already been raped twice... I really need to stop playing monopoly with my uncle.

My Mexican uncle takes anti-anxiety medication It's for Hispanic attacks 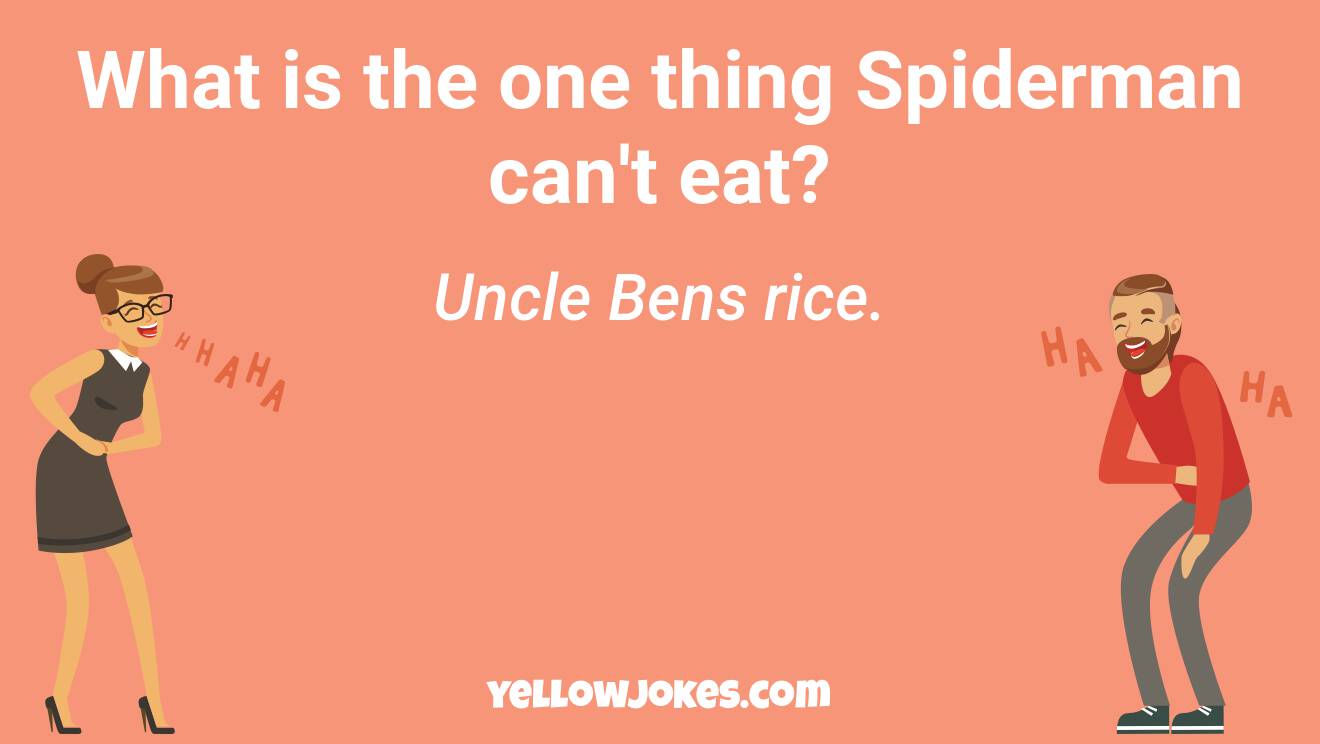 My uncle runs a clinic inside a hotel in Spain He come out late at night to ring people's doorbells.

Because nobody suspects The Spanish Inn Physician

My Uncle always said "Do something you love and you'll never work a day in your life!" He did heroin

My uncle was the first man to be fitted with a lead pacemaker. He died last week. We buried him with a heavy heart.

My uncle's zodiac sign was Cancer, which was ironic, because he died from being crushed by a giant crab.

My transgender uncle is a superhero... We call him Aunt-Man.

My favorite joke from The Sopranos A man comes home with a bouquet of flowers for his wife. "What? Do you expect me to spread my legs for you now?" says the wife. The husband replies, "honey, I love you, but i think a vase will work just fine."

I just got a repressed memory foam mattress. It holds me just like my uncle used to.

I bought a cheese grater for my blind uncle... ...he said it was the most violent thing he ever read.

The hard of hearing stoner... got really disappointed when he finally arrived at his uncle's wheat farm.

Why do they have fences around cemeteries? Because everyone is dying to get in.


In memory of my Uncle David RIP. He would always tell this joke

My uncle is an idiot. He saw a commercial that said, "9 out of 10 accidents happen within a mile of your home." So he up and moved

I asked my dad why he doesn't make any dad jokes He told me he leaves those to my uncle.

My Uncle used to say: "when one door closes, another opens" He was a decent philosopher, but a lousy cabinet maker.

Ant Man? Why don't they just call him uncle?

I'm sorry to hear that your uncle was killed by a boat in Venice... My gondolences.

My uncle died yesterday because we didn’t know what blood type he was... He kept saying B positive, but it’ll be really hard without him.

A little buffalo ask his dad, "How come you kiss uncle Steve the same way you kissed mommy?" "I'm Bison".

My uncle always believed that "Between duct tape and WD-40 you can fix just about anything." I still can't believe it took seven years before he lost his medical license.

My uncle in Mexico is pretty upset about Trump's border wall... But he'll get over it.

So my mom got me a box of tin soldiers... I smashed up my majors and tore down my generals. The dog ate my lieutenants and I lost the colonel. The sergeants were lost in uncle John's hay so now I'm stuck playing with my privates all day.

My uncle is in medical school. Being studied.

I'm not that old, but when I do reach those years and finally kick the bucket, I'd to go like my uncle did, peacefully and in his sleep. Unlike the passengers in his car.

I told my teenage niece to get me a jornal She laughed at me, and said, "Oh uncle you are so old. Just use my phone"

My great-uncle was killed after being hit by a tomato truck; In Heinz-sight he never saw it coming...

I always get raped in jail... I hate playing monopoly with my uncle.

Two Jamaican tour bus drivers were having a conversation The one said to the other, I heard you had a busload of Christians today. What do they believe.
The driver answered, "Anything I tell them".

My uncle told this one

My uncle once started a race with my dad to see who could have a son called James first. Since my name is James, That means my parents came first.

My uncle is a well known organ player. They even has his picture up at the playground warning parents to keep their kids away from him.

My uncle managed to get me a ticket for the incest, bondage convention. Not the first time I’ve used family ties.

My uncle always said to fight fire with fire... I guess thats why he's not a fireman anymore.

If your fat uncle named jack falls over your dad. "Will you help your uncle jack off your dad ?"

My uncle once told me to go to the basement and get Naked, I asked him whether he wanted Mighty Mango or Berry Blast.

Which of Peter Parker's guardians would keep his secret? His uncle wouldn't, but his aunt may.

About a month before he died, my uncle had his back covered in lard. After that, he went down hill fast.

My uncle just died of AIDs... I should probably get myself checked out

Drunken Uncle joke: Why don't blondes use vibrators? It has a tendency to chip their theeth.

What do you call your uncle's hot wife? Aunty.

What do you call an American molester? Uncle Sam.

My uncle told me to cut down on sugar, or I'd get diabetes and they'd cut my foot off. Told 'em I wouldn't stand for it.

Did you hear about Kim Jong Un's late uncle who was a renown Astronaut? Some say he was North Korea's best naut.

"Mommy why do I have eleven fingers?" "Just ask your uncle, uh I mean your father!"

After a year long struggle, my diabetic uncle just had both legs amputated below the ankle.... I guess you could say he was de-feeted.

A joke my Uncle told me that I never understood when I was a child. Q: What does Sinead O'Connor do after she finishes brushing her hair?

A: She pulls her pants up

You know what they say about Anti Jokes. She's married to Uncle Jokes.

My armless uncle was a bank robber for 40 years and th e police couldn't ever capture him... Apparently, they couldn't arrest him for armed robbery.

My uncle choked to death on a wiffle ball. But not right away.

Those studies that say people often die from smoking are bullshit. My uncle smoked. He died only once.

Visited my grandma for mother's day... My uncle Jack walked in while I was there and I greeted him "Hi Jack!" after which grandma said "Whatever you do, don't say that on a plane!"

I used to play hide the sausage with my uncle He was the wurst.

My uncle swears his sneakers are sandals We all try to tell him they knot.

My uncle has the heart of a lion. And a lifetime ban from the local zoo.

My Uncle works at a crematorium.For his birthday, I bought him a bottle of lotion... Because he must be ashy...

I helped my uncle Jack off the horse. Man was that weird...

Growing up, I thought of spiders the same way as I thought of my favorite uncle. I'll play with it for a while, but I don't want it in my bed.

-Ahh Johny, I am too old to stop now.

-But, Uncle, it is never too late to stop.

-Then I have plenty of time before I stop, my dear Johny.

'helping your uncle Jack, off a horse'

'helping your Uncle, jack off a horse'

Why didn't the insomniac attend his uncle's funeral? he's not a mourning person

My dad has a brother named Robert I guess Bob's my uncle.

From my redneck uncle: What do you call a dog with no legs? "It don't matter, cause he ain't gonna come anyways."

My uncle always said I was too soft. But I just didn’t fancy him.

My Uncle saved a Crumbling Cartography business Needless to say he put them on the map.

I had an uncle who was a drunk... tried getting him into other hobbies like sculpting but he was always getting plastered.

Uncle Mike the roofer My Uncle mike is a roofer. I got him to do some work on my house. After he finished I asked him "how much do I owe you?"

He said, "The gutters are gonna be a couple hundred, but since we are family, the shingles are on the house."