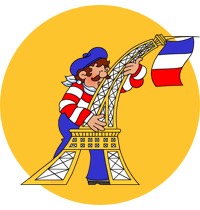 My girlfriend kept telling me to treat her like a princess. So I made her marry an old guy she's never met to secure an alliance with the French. 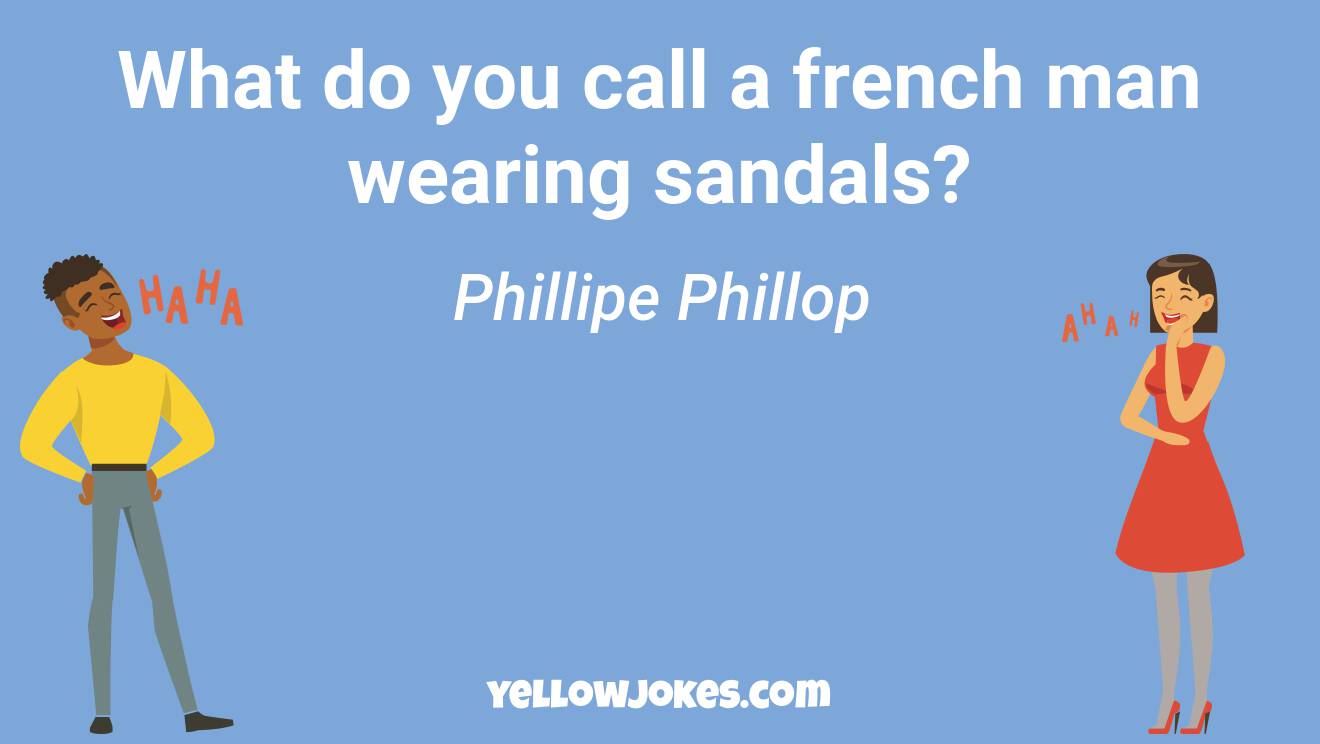 How many French soldiers does it take to defend Paris? I don’t know, it’s never been done

My daughter told me I should treat her like a princess So I married her off to a stranger in order to secure an alliance with the French.

Why do Jihadist Muslims only drink instant coffee? 'Cause they hate the French press

My friend wanted to feel like a princess on her wedding day So we made her marry a man she never met in order to secure a French alliance.

What are the two problems with the French flag? The red bit and the blue bit.

Did you know the first French Fries weren’t actually cooked in France? They were cooked in Greece.

Why do French tanks have a rear-view mirror? So that they can see the battlefield

Otto the German was driving from Germany to Paris to visit some relatives. A French cop stops him and asks the usual questions:

What do you get if you take off the red dot on the Japanese flag? The French flag!

When I was a kid adults would use swear words then apologise by saying 'Excuse my French'. I still remember my first day at school when the teacher asked "Does anyone know any French?"

I've heard the Canadian Prime-Minister has a French last name. Is this Trudeau?

The French Revolution was pretty rough. Did you hear about what happened to Louis XVI's head? [Removed]

My daughter demanded she be treated like a princess... so I married her off to secure an alliance with the French.

Why does the French Army install Rear-view mirrors in their Tanks? So that they can see the battle.

Why do French people eat snails? Because they don't like fast food.

Why do french tanks have rear view mirrors? To see the battle.

Why do French tanks have rear view mirrors? So they can see the battlefield!

I went to a French zoo There was a baguette in a cage, so I asked the keeper what that was about and apparently it was bread in captivity. (All credit to the wife for that one)

Why do french tanks have rear mirrors? So they can also see the front lines.

I thought my new girlfriend might be the one. But after looking through her knicker drawer and finding a nurse's outfit, a French maids outfit, and a police woman's uniform, I finally decided; if she can't hold down a job, she's not for me.

Why do the French make omelettes with only one egg? Because in France one egg is un oeuf.

Why did France give the Statue of Liberty to the USA? Because the French had no use for a statue with only one hand in the air.

Why do French tanks have rear windows? So they can see the battlefield!

Why is the French military always shocked when they lose a battle? Because electricity flows in the path of *least resistance*

Why do French tanks have rear-view mirrors? To see the battlefield

What did the french trademark lawyer say to her wife? Je™

Why did the French chef kill himself? He lost the huile d’olive

There was an explosion in a French cheese factory. All that was left was de brie.

Why do the french hate League of Legends? They have to wait 20 minutes before surrendering

What do french fries do when they met after a long time? They ketchup

How many gears does a french tank have? 6, 1 forward and 5 reverse.

Did you know that the first French fry wasn’t fried in France? It was fried in Greece.

A french fry covered in ketchup fell onto someone’s shoe Without missing a beat, he picked it up and ate it.

A girl saw it and was grossed out. She asked, “Why’d you eat that fry? It was on your shoe!”

He shrugged and said, “Shoe fry don’t bother me.”

Did you guys hear about the French cheese factory that burnt down recently? The only thing left was da Brie.

The three most arguably important historical revolutions: The Russian, the French, and dance dance

There is a sale on antique French army rifles. The slogan is "Never fired. Only dropped once."

Selling French WW2 Rifle in great condition. It has never been fired only dropped once.

What did the French baker buy his wife to surprise her on Valentine's day? BOO-lingerie

The French may be selfish, ungrateful Anglophobes, but you gotta give 'em credit. They are always there when they need us.

Why French people eat snails? Because they don't like fast-food

There were three cats swimming across a river Their names were un cat, deux cat, and trois cat. Only un cat and deux cat made it across. Why? Because trois quatre cinq.

(You probably don't get it if you're not English-French bilingual)

Did you hear about the barista who became really buff? She's been working on her French Press.

How do the French declare war? With a white flag.

What would the French say if they had Twitter during WWII? Retweet! Retweet!

Why do French tanks have rear-view mirrors? So they can watch the battle

Whats the best Navy in the world? The French Navy, you'll never see them coming!

Q: What do you call a french guy in sandals? A: Phillipe Phloppe.

What do the French call a good fire ? A bonfire

Why did the French give USA the Statue of Liberty? Because they have no use for a statue with only one arm up.

How do French women hold their liquor? By the ears.

Works best if you are a native English speaker.

The new French tanks are very practical Now they have rear view mirrors to see how the battle is going.

What is the difference between a French kiss and an Australian kiss? ...one is down unda

Why did the Muslim only order a side of french fries? Because he prefers his food Allah carte.

What do you get when you throw a hand grenade into a French bathroom? Linoleum Blown Apart.

Why do French like to eat snails so much? They can't stands fast food.

Every time I go to dinner with my parents, they constantly argue about the mashed potatoes, rice or french fries... And I always tell them that I'm not choosing sides…

What do you get when you take the red circle off the Japanese flag? The French flag.

Why are French omelettes so small? Because to them one egg is "un oeuf"

How many French soldiers does it take to defend Paris? No one knows. They've never tried.

Why french tanks have rear view mirror If they don't have some, they can't see what's going on on the battlefield.

I looked up the results of a french rowing race Turns out my favorite boat got sank.

What's the difference between a French kiss and a Belgian kiss? A Belgian kiss is more Flemish.

What's the opposite of a progressive? A French tank.

Disney is already working on a sequel to Beauty and the Beast... They're calling it The French Prince in Belle's Snare.

What is the motto of a french baker? no pain no gain

For Sale: French WWII Rifle Never fired. Only dropped once.

What do you call a French man wearing sandals? Phil-lip Phil-lop.

Why is the French Revolution just like Prohibition? They both got rid of Bourbon!

I have a french gun for sale from WW1. In excellent condition. Never been used and only dropped once.

Why do french people love eating snails? Because they hate fast food

A local museum today received a substantial donation of French Impressionist and Eastern European artwork. They're gettin' Monet for nothing and Czechs for free.

LPT: Dont buy French bread You will get nothing but Pain

I asked my French friend if he watched superbowl... ...he said bowling is not so big in Europe.

So the French army has recently installed rearview mirrors to their tanks. That way, they can watch the fighting!