Of all the racial slurs, "chinaman" has to be the laziest. A black guy probably came up with it...

What do you get when you get a bunch of white supremacists drunk? Racial slurs.

Had an idea for a Scrabble like game where you can only use racial slurs as words. The object is to see who can out trump who. 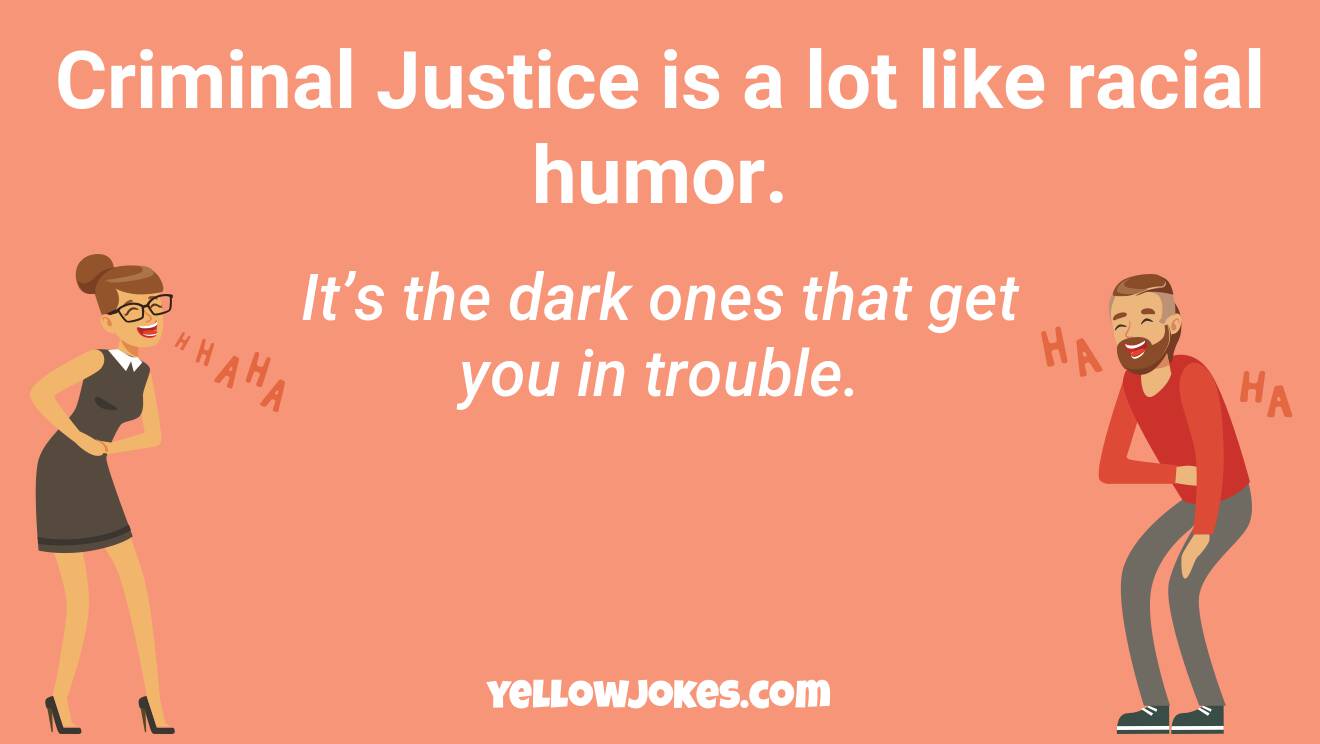 I was visiting a mental hospital. Various patients shouted racial slurs at me. I knew this country had issues with institutionalized racism.

What is a pirates favorite racial slur? The hard arrrrr

A Hispanic, African-American, Jewish, Native American, and Asian man were walking down the street. They were part of a parade that celebrated racial equality.

Why do I watch the Cosby show? I enjoy dark humour.

Yes, this was both a rapist and racial joke.

What do you call a bird that drunkenly conveys a compelling perspective on racial hatred? Tequila Mockingbird.

What did Arnold Schwarzenegger say to the movie execs when he found out they wanted more racial diversity in the Terminator movies? I’ll be black.

If China had $1 for every time they oppressed a racial minority... They’d become an economic global power.

My dad had the worst temper when he watched sports. One day it got so bad he ripped off his shirt and began shouting racial slurs... Really ruined my little league game.

If I owned a restaurant back in the era of racial segregation, do you know what our motto would be? "The customer's always white."

Edit: Aw, come on. Is that racism or because it's not a repost!

They always say “eat your greens” and “eat an orange”, But try to eat one black and it’s ‘cannibalism’ and ‘a racial crime’!

Do all black people have a problem with slavery? Racial Or is it just mine

What's black and white and red all over? An inter-racial couple in a blender.

When you think about it trump is actually the smallest racial minority in the world. There can't be many other orange people in the world.

I don't see why people dislike racial diversity I'm getting bored of watching the 100 meter dash.

What places have the least racial tensions? Bakeries, there are brownies and crackers there and yet they never fight.

You know, living through these tumultuous times politically reminds of a saying my great-great grandfather always use to say... (*Insert racial pejorative here*)

An Englington man was briefly detained and questioned for yelling racial epitaphs in a local park. When questioned he told officers he was walking around the park looking for his lost dog....Snickers.

What do you get if you cross a black guy with a racial slur? Shot.

Gotta love racial jokes Q. What do black guys have that’s double the size of white men and gets bigger every time they touch a woman?
A. Their criminal record.

Moulinyan is the funniest racial slur... Because Italians couldn't help but involve food in their racism.

What's a racial epithet for a white duck? Quacker!