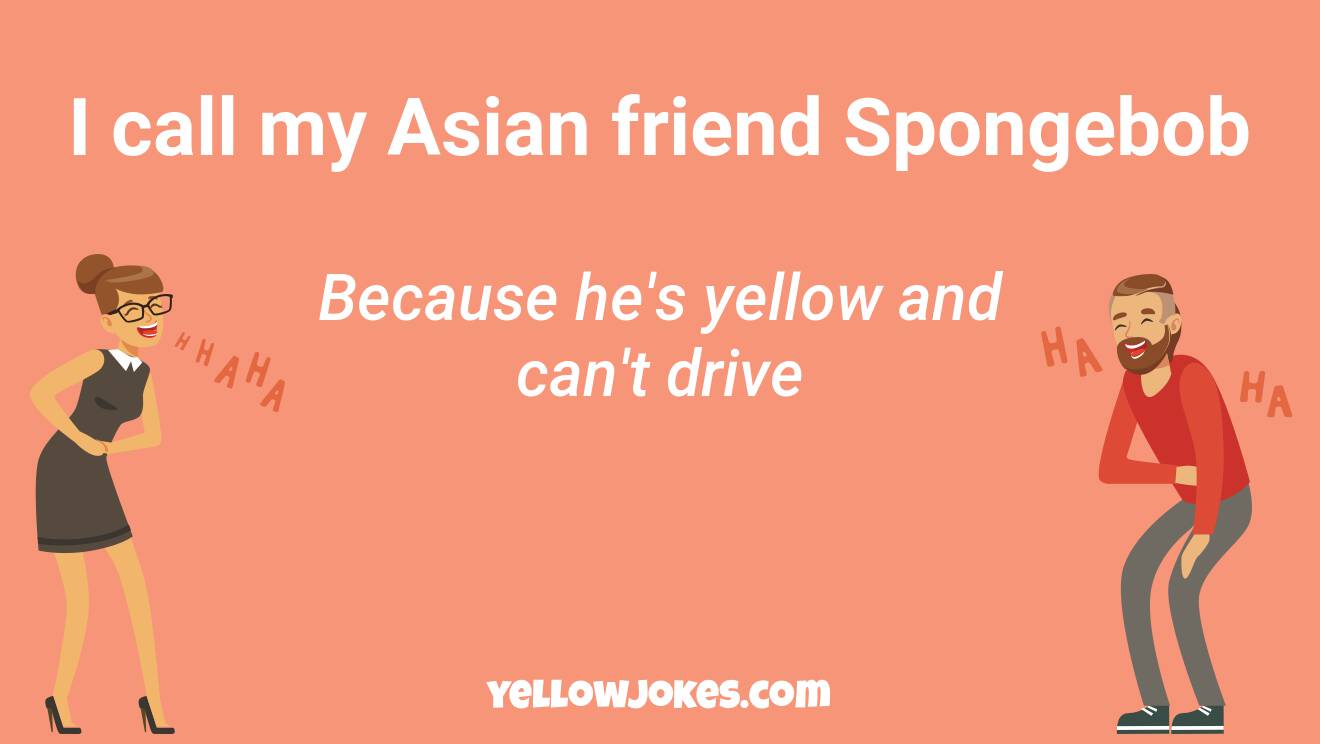 Spongebob was the most unrealistic kid's show A teenager in a minimum wage job owning a house and car. Pfft

This is so true Even though Spongebob is the main character…

Patrick is the star.

(Told by a 7 year old reading me a joke off of her SpongeBob Gogurt) "What is Plankton's grandma's favorite type of pudding?" "Not labeled for individual sale!!!!!"

Why is Spongebob the main character When Patrick is clearly the star?

My friend doesn't like being called Squidward. He told me, "But I hate SpongeBob..."
I said, "That's the spirit!"

What do SpongeBob and LeBron James have in common? They both hit the deck and flop like a fish.

Why is the show called SpongeBob when... Patrick is the star. Hurr durr. Tee-hee.

Spongebob might be the main character But Patrick is the real star.

Spongebob might be the main character.... but Patrick is the star.

Why is Spongebob the main character? Isn't Patrick the Star?

Why can't Spongebob make the honor roll? Because he's a C sponge!

You either die as SpongeBob Or live long enough to see yourself become a Squidward .

Why couldn't Spongebob get a mortgage? Because his house was underwater.

What do you call a snail on a ship? A snailor

What do you call a vampire whose car breaks down three miles from a blood bank? A cab

I bought a life size 3d model of plankton from spongebob. 4days later I got an empty box full of bubble wrap. I still don't know where plankton is.

What would you call Usain Bolt if he was a spongebob squarepants fan? The cash slinging dasher

What would you call it if SpongeBob ran for governer? A goobernatorial election.

SpongeBob Wait, I just realised something. SpongeBob lives in bikini bottom, and he's absorbent: oh no...

My wife has been mad at me lately because she says I need to get my priorities straight... I told her we can talk about it after this episode of Spongebob.

Seems like ISIS has a new driving teacher Spongebob

Why is Spongebob the main character....? When Patrick's clearly the star!

What does Squidward say when he is mad at Spongebob? The f-ward.

Why don't horse stables have windows Cause qho has ever heard of stable windows.
(this joke is from an old point & click spongebob game)

You see that episode of Spongebob where Sandy got pregnant? He misunderstood when she said she had a sponge in her.