My dad always believed in learning things by doing them. So when I was a kid, he threw me in the lake...

So that he could teach himself CPR 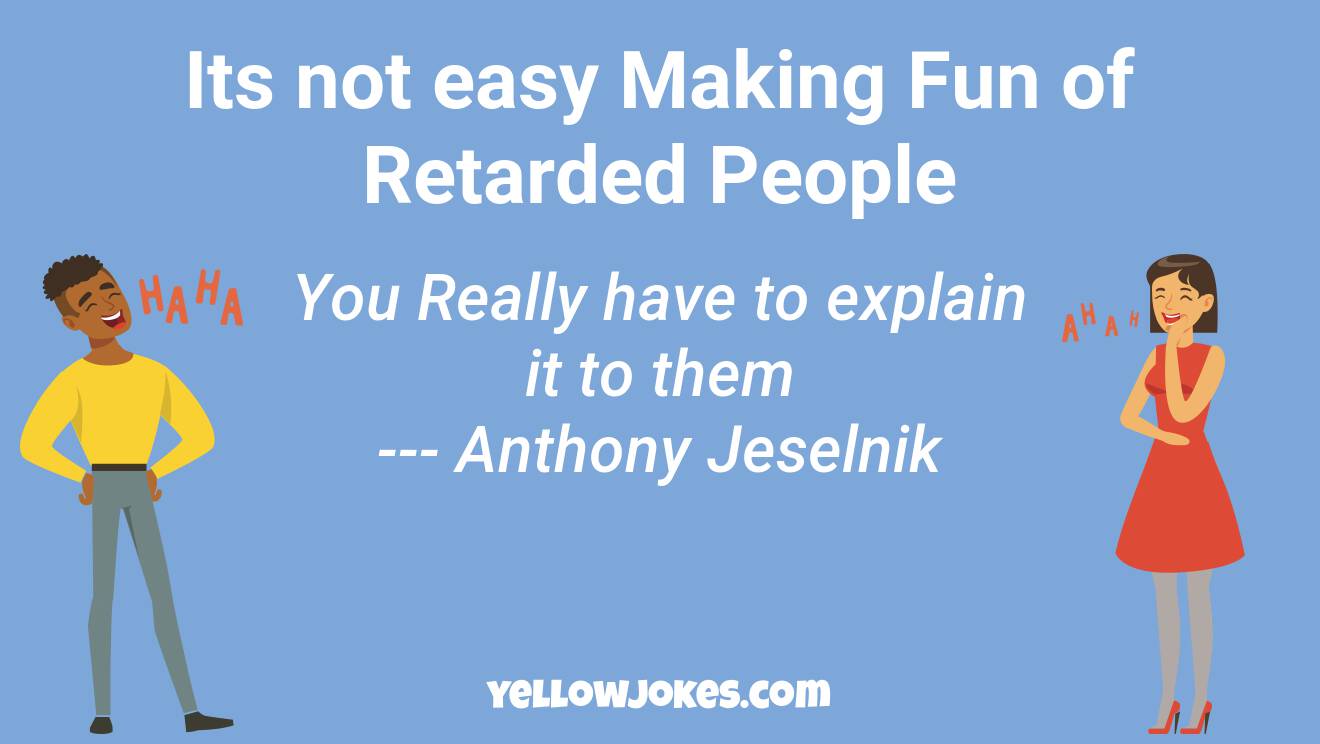 I've spent the last two years looking for my girlfriend's killer. But no one will do it.

My dad doesnt trust anyone, in fact he has a saying about it But he wouldnt tell me

I just found out my grandmother only has one day left to live. And I know this might sound cruel... ...but I'm not paying the ransom. -Anthony Jeselnik

Just heard my ex just moved in with her boyfriend and he's abusive. Makes me wanna go over there with a baseball bat... ... and then blame it on the boyfriend

My sister had a baby to save the relationship... But i still don’t talk to her.

I spend 2 years looking for my ex-girlfriends killer... But so far no one will do it..

I saw some horrible comedian making jokes about the Boston Marathon... Some lines must not be crossed.

I never know what to say to something after they've lost their baby. "Oh I'm sorry for your loss," doesn't cut it.

That's why I keep my mouth shut and let my lawyer do the talking.

I accidentally hit a little kid with my car. It wasn’t serious. Nobody saw me.

My parenrs were very principled people... When I was young, they caught me smoking one Newport. They proceeded to force me to smoke the whole pack, just to teach me a valuable lesson..

"One of my friends has gotten so many DUI's..... that he had to go to jail for a year. And his only concern was getting raped. So he didn't shower for an entire year...... because he was so busy getting raped."

My girlfriend makes me want to be a better person.... so i can get a better girlfriend. - Anthony Jeselnik

This chick is trying to get me fired because she claims I've been giving her inappropriate massages in the office... I said good luck with that sweetheart.... I don't even work here.
(credit: Anthony Jeselnik)

Jaime and Cersei This joke from Anthony Jeselnik's Fire in the Maternity Ward:

My sister had a baby to try to “save the relationship.” But I still don’t talk to her.

I just got a blood test. Was told my blood type is O negative? Do you know what that means? Means I can donate blood to anyone in the world...who also has aids.