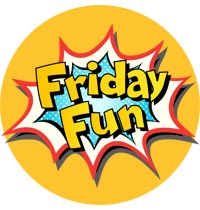 I got fired from the unemployment office on Friday. My boss said, “Clean our your desk, and I’ll see you in the office on Monday.”

I don't know what the big deal is about Black Friday. All Fridays matter. .

On Monday we start Diarrhea Awareness Week. Runs until Friday. 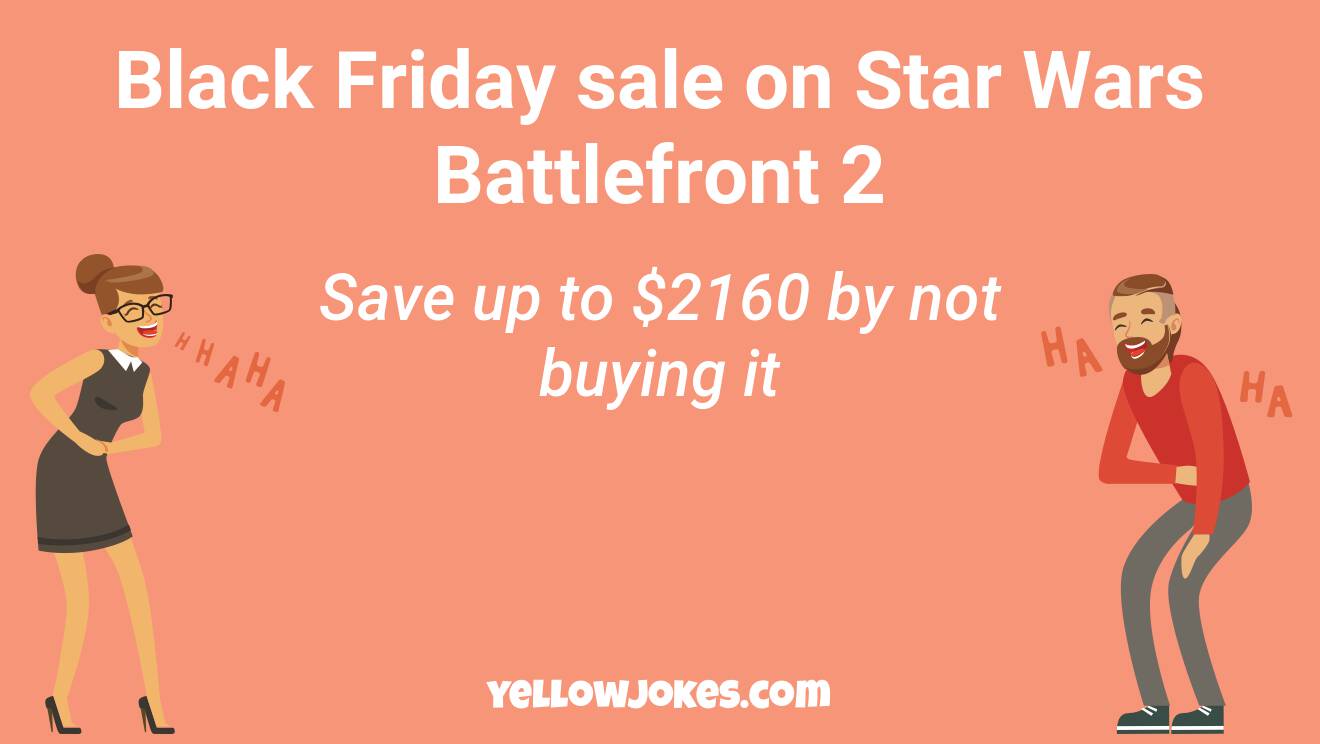 I took my biology exam last Friday. I was asked to name two things commonly found in cells. Apparently Blacks and Mexicans was NOT the correct answer.

My bank was worried My bank called asking if my credit card had been stolen. They were concerned because it hadn't been used at the liquor store since last friday

How do you make a blonde laugh on a Sunday morning Tell her a joke on Friday :)

A man goes to a fortune teller to see his future. The fortune teller says: "Oh, I see that on Friday, your wife will die."
"I already know that," replies the man, "what I need to know is whether I will be arrested..."

I took my Biology exam last Friday I was asked to name two things commonly found in cells. Apparently "Blacks" and "Mexicans" were NOT the correct answers.

I was at an Italian restaurant last Friday... Me: "I'll just have the Paggione".
Waitress: "That says 'page one', sir."

I said "Hi" to a feminist yesterday. The trial is next Friday...

It's Friday, And I'm A Vampire. Can't Wait To Have A Boy With The Cold Ones

What kinda meat does a priest eat on Friday? nun

Terrible Dad Jokes Share your best (worst) jokes that only a dad would tell their kid!

Two men walk into a bar. The bartender says "you can't eat your own food in here!" so they swapped sandwiches.

Asiana Airlines will be filing a lawsuit against KTVU for its inappropriate and racist names that were falsely broadcasted mid day Friday 7/12... ....said Asiana's attorney Wi Su Yu

Why do cops love going to Black Friday early? So they can beat the crowd

A lady gets on an elevator... She says to the man standing there, "T-G-I-F!" to which the man replies, "S-H-I-T."
Taken aback the lady repeats, "T-G-I-F! Thank Goodness It's Friday!"
The man gives a smug grin and says, "Sorry Honey. It's Thursday."

Earlier today I told my Christian friend to “Have a Good Friday.” He didn’t catch my pun. I’m not surprised. Jokes like this usually Pass Over his head.

Do you guys want to hear about my Friday night? I had quite an experience at home by myself. At one point I even picked my coat up from the floor. It was off the hook.

The worst thing about Friday the 13th Is monday the 16th

It's Black Friday, and I just got an iPhone 6 for my wife I thought it was a good trade.

Thanks to /u/darcyboy on this one!

Why do the riot police like to go to Black Friday early? So they can beat the crowd

My last day is Friday.

Did you know that this week is National Diarrhea Week? It runs from today until the end Friday...

Trying to think of a hilarious Good Friday joke... I really want to nail this.

On any normal day, Black Lives Matter.... But on Black Friday, no lives matter

Just as there is a balance of good and evil.... There's a Friday for every Monday.
Have a great week :)

I don't know why everyone is making such a big deal about Black Friday... Personally, I think all Fridays should matter.

What person gets all his work done by Friday? Robinson Crusoe.

Looks like my prof is giving black friday deals too 50% off late assignments.

In an effort to avoid trouble on Friday the 13th, I stayed at home. And ended up breaking a mirror.

Couldn't get laid in high school I was in a band. I was a musician. I'm like girls like musicians. This is gonna work and I'm like, "Hey girl, do you want to see my band on Friday? And she's like," Maybe, what's the name of your band?"

Ever since my wife and I took up dancing classes, our marriage has been so much better. She goes to class on Friday, and I go on Saturday

Just was at a yardsale where someone had Tremors, Balto, and Friday the 13th on DVD. I finally get to... bring home the Bacon

Ruined My Day My Friday is ruined!"
"Why, what happened?"
"I realized today is Tuesday."

My dad in North Carolina asked me if I'd be able to fly home from New York for Good Friday.... I told him I couldn't because of the big storm.

Why does my grandmother use a blue phone on Monday, a green one on theusday, a white one on Wednesday, a gray one on Thursday, a orange one on Friday and a red one on the weekends? To call people.

I went to a hotel on Friday, stayed for three nights, and came back on Friday. My horse is named Friday.

Humanity is at a point where it no longer cares if it lives or dies. Just as long as it gets that Black Friday TV.

From my kindergartner that said "I made up a joke for funny friday" --Why was the man standing in the middle of the road? Because he wanted a car to smash into him.

--Needless to say I let him know to not share that one with his class.

What do you say when someone does something really random? Wednesday, Thursday, Friday

Why is Black Friday the best time for you to pick up girls? Because girls are already bargain hunting.

What is the best day to cook? Friday

What do Catholic cannibals eat in place of fish on Fish Fry Friday? Battered women

What do root vegetables do on Friday night? They turnup!

Good Friday is called Long Friday in Finnish I guess time passes slowly when you're being crucified.

What kind of meat does a catholic priest eat on Friday? Nun

I heard George Bush Senior is in the hospital in critical condition... I guess some people really would rather die than watch Trump be sworn in this Friday.

What do people black people eat on Black Friday? Whatever they couldn't finish on Thanksgiving Thursday you racist

How do you know Arnold Schwartzenegger is waiting in line behind you on Black Friday? Because he Jingles All The Way

What's the worst thing to do on Easter? Get Crucified

Where can you find the best Black Friday deals with items at 100% off? Ferguson!

It's Black Friday, nd I just got a new iPhone 6 for my wife I thought it was a good trade.

Black monday is way better then black friday, look at the deals these people in Ferguson are getting. Stuff is free!!