Virginity in school Son to mother: "Mom, all the kids in the schools are making fun of me because I am still a virgin."

Mother: "Well, start giving them bad grades and they will stop." 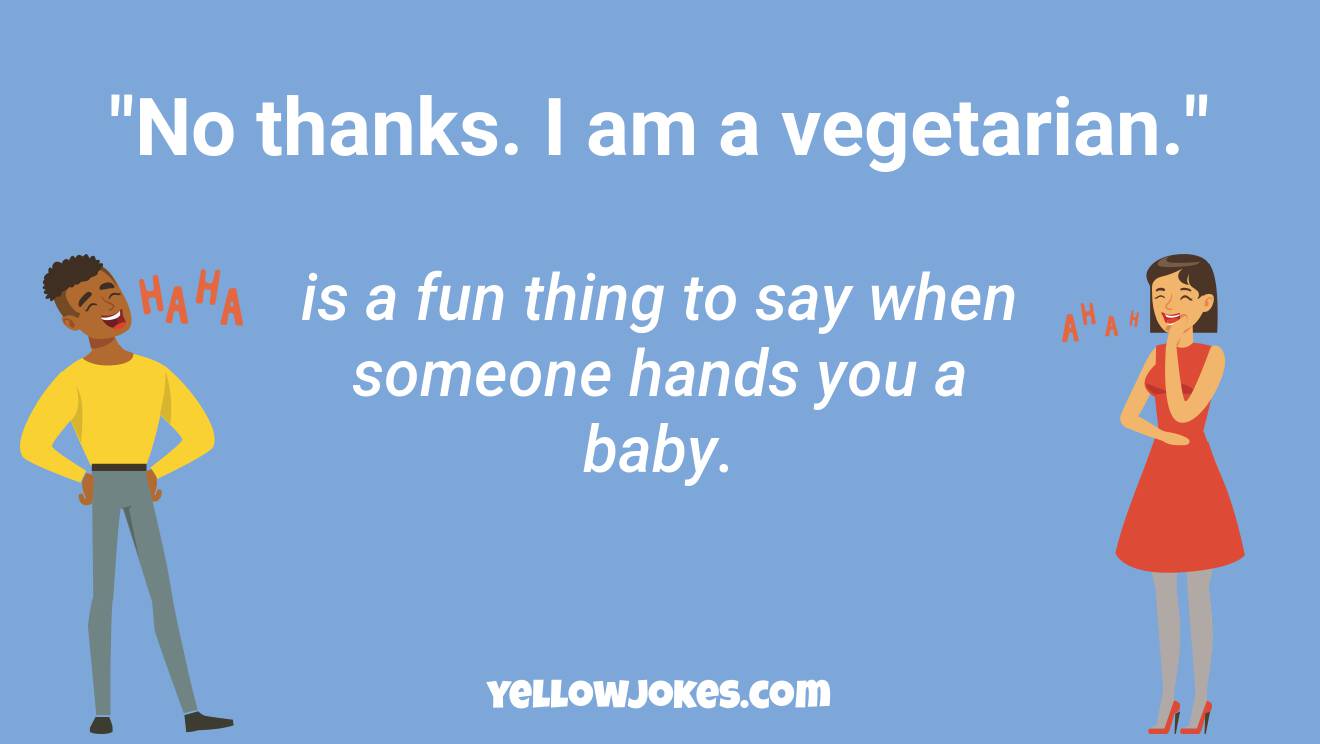 I have an imaginary friend, but he keeps making fun of me. He keeps saying, “At least I have a real friend.”

Everyone keeps making fun of me because I don’t know what the word “apocalypse” means Honestly, I don’t see what the big deal is. It’s not the end of the world.

Hipsters I had the joy of meeting a couple of hipsters today, and they yelled at me for making fun of them. Apparently the politically correct term is "conjoined twins".

Don't make fun of fat people with lisps... They're thick and tired of it

Fun fact: Betsy Devos' name contains every letter of the alphabet that she knows of.

Singing in the shower is all fun and games until you get shampoo in your mouth Then it just becomes a soap opera.

1 out of 5 people suffer from loneliness. So, if you look around and you don’t see the other 4 people, they’re out having fun without you.

My friends made fun of me because they found out that my girlfriend is imaginary... Jokes on them, they're imaginary too.

Make fun of Kim Kardashians baby name choice for 'North West' if you want... But that child is going straight to the top...

And slightly to the left...

You shouldn’t make fun of fat people They have enough on their plates already.

There once was a boy named "Odd." People made fun of him because of his name, so he decided to keep his gravestone blank when he died.

Now when people pass by the burial site, they point and say, "That's odd."

Fun idea: Not got kids? Hire a babysitter anyway, say kid is asleep upstairs and not to be woken. On your return ask where your child is.

Where do Robots go for fun? The Circuits!

There was once a man named Odd. People made fun of him because of his name so he decided to keep his gravestone blank when he died.
Now when people pass by the burial site, they point and say, "That's odd."

Listen guys, I know this sub is all in good fun, but I don't think it's right to be making dumb jokes about obese people. They already have enough on their plates.

What is the difference between a baby and a feminist? Eventually, the baby grows up and stops crying.

It's not nice to make fun of the obese... ...They have enough on their plate.

Then I said to my perfectly capable mother, "By the way, my girlfriend is slightly retarded."

What fun that was...

Don't make fun of fat people with lisps... They are thick and tired of it.

My friends always make fun of me for having an imaginary girlfriend. Joke's on them, they're imaginary too.

Why should you never make fun of fat people who have lisps? They're thick and tired of it

Hippies. Had the pleasure to meet a couple of hippies today, and they hooted at me for making fun of them. Apparently the politically correct term was 'conjoined twins'.

Guys, don't make fun of fat people It's not as if they don't have enough on their plate

My girlfriend is always complaining that I make fun of her weight all the time. I just wish she'd just lighten up a little.

Why should you never make fun of a fat person with a lisp? Because he's thick and tired of it

Racism and Nickelback are very similar It's fun to joke about them, but you never wanna see them live.

Don't make fun of Kim Jong Un just because of his condition. It's not his fault he suffers from projectile dysfunction.

Don't make fun of vegans... They only have the energy to be offended once or twice a day.

Why don't you make fun of a fat girl with a lisp? She's probably thick and tired of it.

Don't make fun of people who stammer They're just going through a phrase.

The next time you make fun of a ginger, put yourself in their shoes. You'll know how bad it hurts to not have a sole.

Fun fact, bulls aren’t angered by the color red, but the waving motion of the cloth Which makes absolute sense since my neighbor gives me a scowl whenever I wave to her, Sharon you cow

Why does everyone make fun of the cripple kid? Because he can't stand up for himself.

Playing UNO with illegal immigrants is no fun. I asked if they have any green cards and they ran like the wind.

Somebody made fun of my big, colorful beak the other day. Well Toucan play at that game.

Jokes are like puppies. If you have to pull them apart to see how they work, they’re not as fun.

Whenever my boss asks, "Having fun yet?" I say, "Are you kidding, this is my Disneyland!"

because my boss is a rat, my co-workers are goofy and this is a Mickey Mouse operation.

Fun fact: People in Dubai don't really like the flintstones, but the people in Abu Dhabi do.

Why should you never make fun of a fat girl with a lisp? Because she is probably thick and tired of it!

Why is bungee jumping, and a prostitute similar? You pay money for some quick fun and if he rubber breaks, you're dead!

What does an old cranky person and a Slinky have in common? Neither is much fun until you push them down some stairs.

I make fun of my parents for not knowing how to use new technology But then again, I googled how to boil an egg

Right before colliding with an iceberg... The captain of the Titanic got ready to make an announcement:
"Good evening ladies and gentlemen. Fun fact, this ship weighs about 52 thousand kilograms. I'm gonna let that sink in..."

Black people making fun of Confederates for losing the war... Like they were doing any better at the time.

Fun fact: 99% of voters who live in the "path of totality" for the upcoming solar eclipse voted for trump. Which is ironic, because the *last* thing they wanted to do is make the country darker.

Some of my friends make fun of me for peeing while sitting down. But most of them just get mad because it's on their couch.

You know what’s more fun than traveling with small children? Anything. Literally anything…

Time flies when your having fun. Unless, of course, you're a frog. In that case, a fun time is when you're having flies.

Prostitutes and slot machines are sorta alike... They're fun to play with until they take all of your money

Despite always being made fun of on the internet, I've never seen a fedora-wearing neckbeard in the real life. I guess that means the stereotype is true.

Whats more fun than spinning a baby around on a clothesline? Stopping it with a shovel ;;)

If I get sick, I'll ask all my friends to pray for me in their free time. I don't think it will help, but if I don't get to do anything fun, neither should they.

I enjoy going on dates with different women. It's a lot of fun If only my wife was that interesting.

Why don't infants have as much fun in infancy As adults do in adultery?

What did one frog say to the other? Time is fun when you are having flies.

People often make fun of me for having a mushroom as a friend, their loss though... He's a fungi

How to add extra fun during your amusement park ride ? Carry some extra nuts and bolts with you.

as soon as the ride begins, Tap on the shoulder of the guy in front of you. Show them the nuts and bolts and ask

Don't make fun of my midget girlfriend I'm nuts over her.

Why do you not make fun of a fat girl with a lisp? Because she is thick and tired of it.

"No, thanks. I'm a vegetarian." is a fun thing to say when someone hands you their baby.

What does Jewish Superman say when he takes off ? Up Up and Oy Vey !

(For some reason this is just fun to say out loud)

AN ODD TALE There was once a man named Odd. People made fun of him because of his name so he decided to keep his gravestone blank when he died.
Now when people pass by the burial site, they point and say, "That's odd."

Why are abortions fun? They always bring out the kid in you!

Why do you never make fun of a fat girl with a lisp? She's probably thick and tired of it.

An old man approaches a prostitute ... He asks " How much for a little fun?"

She looks him over and asks " How old are you ?"

I was painting the house with my kids yesterday. It was fun and all, but I wasn't sure where to hide the bodies.

Guys, we should stop making fun of fat people. They have too much on their plates already.

Insulting Bakers is Good Fun You can really get a rise out of them.

You can make fun of Kim and Kanye's kid all you want... But that kid is going nowhere but up... And slightly to the left.

Stop making fun of the fat girl Shes thick and tired of it.

What do you call a fruit that makes fun of someone? A banana-nana-nana

Got it on a popsicle stick. Laughed for way too long.

Never make fun of a heavy girl with a lisp. She is thick and tired of it.