At the beginning of Naruto, the three main characters existed in a 'love square'. Naruto loves Sakura, Sakura loves Sasuke, Sasuke loves nobody, and nobody loves Naruto. 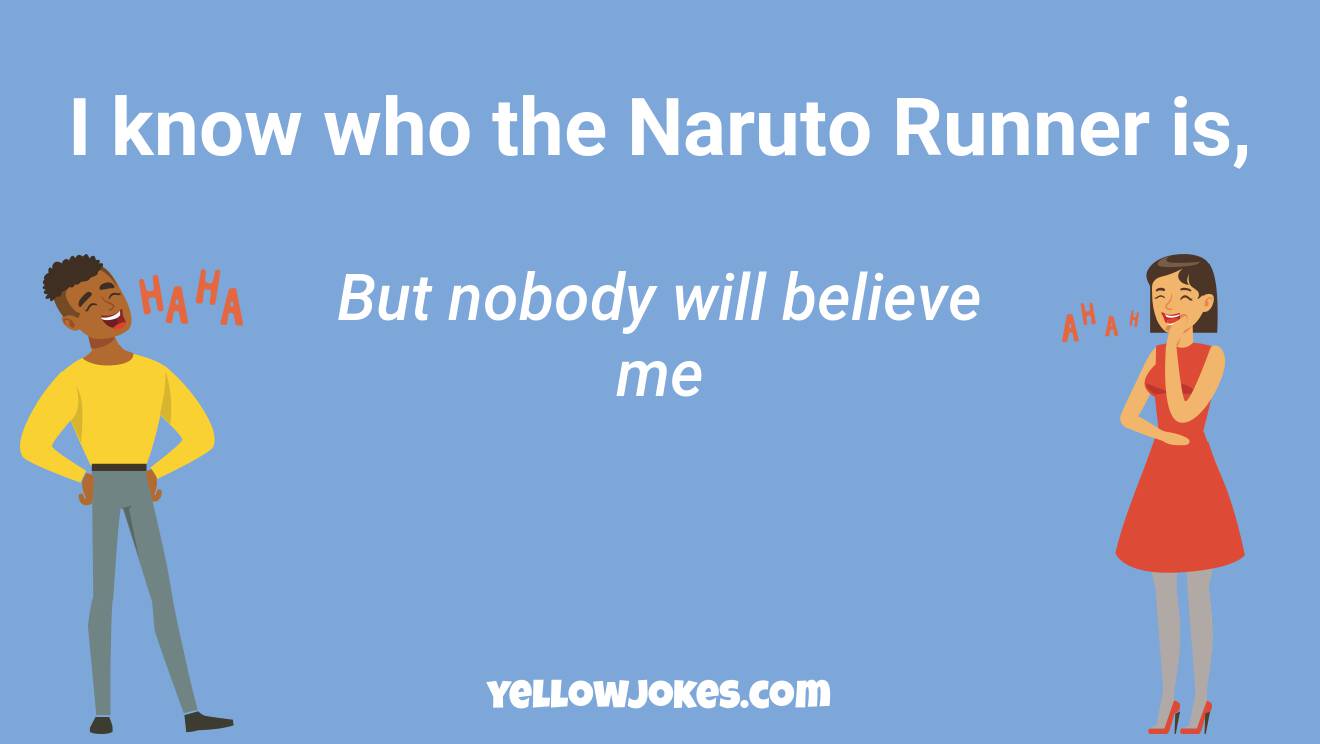 What's the difference between Naruto and Bleach? No one ever told me to drink Naruto

Did you hear what happened to the lady that binge watched naruto for 3 days staight when she saw there was more after episode 220? Shippuden her pants.

How is Naruto like a Twinkie? It's all fluff and filler

If the Naruto runner isnt in rewind, 420 BILLION DISLIKES

What did Naruto do when the Hokage died? Bereave it!

People who use sign language are the modern day Naruto Fastest way to stop an argument between a bunch of deaf people?

Just switch off the lights.

A man typed the name of the new Japanese Emperor into his iPhone, but the autocorrect mistakenly changed it to Emperor Naruto.