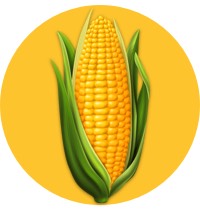 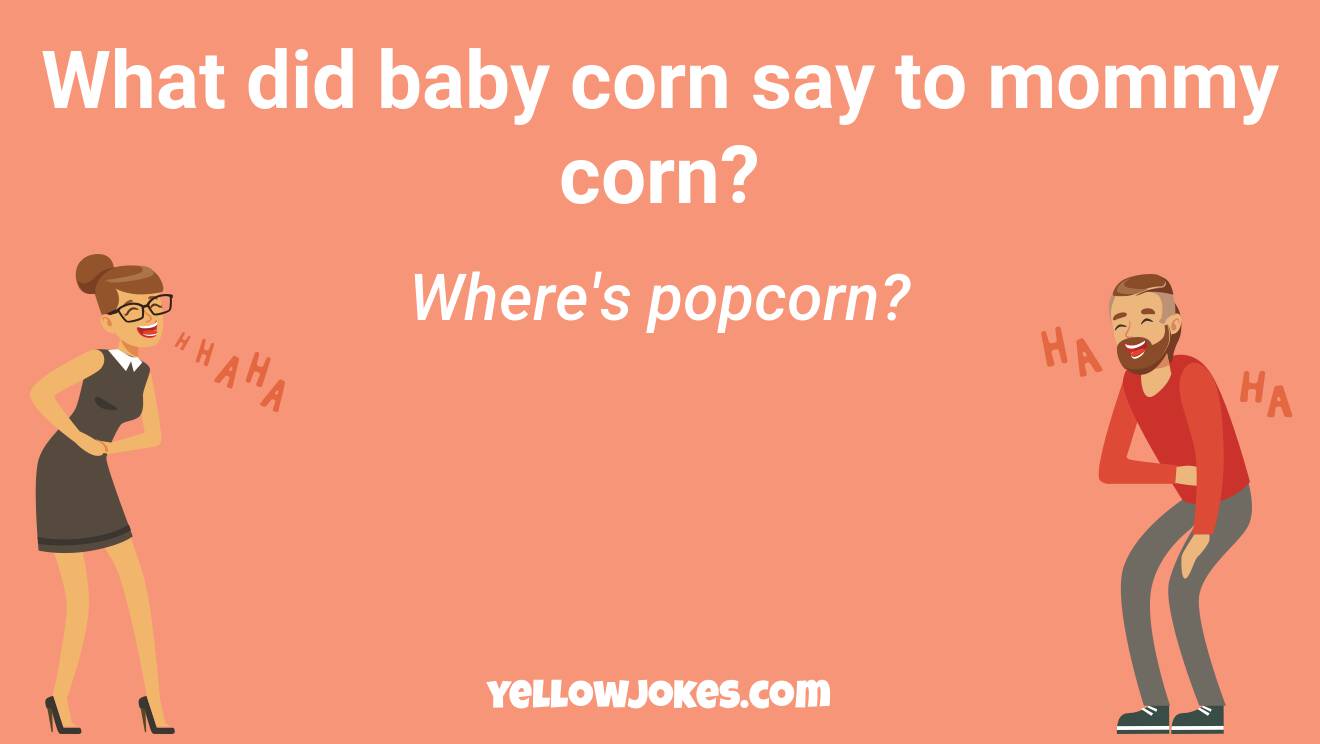 Feed a man corn and he will eat for a day Teach a man to grow corn, he will kill your people and steal your land

Give a man corn and he eats for a day. Teach a man to grow corn and he'll kill you and steal your land.

What did baby corn say to momma corn? where is popcorn?

What happens if you castrate a corn cob? It becomes a eunuchcorn.

Since it's so close to Thanksgiving, remember this Give a man some corn, he eats for a day. Teach a man to grow corn, he kills you and steals your land!

Willpower I'd just come out of the shop with a roast beef sandwich, large chips, ear of corn, & a jumbo sausage. A poor, homeless man sat there and said 'I haven't eaten for two days.'

Why is it risky to tell secrets on a farm? The corn have ears, the potatoes have eyes and the beanstalk.

Corn Give a white man an ear of corn, he eats for a day
Teach a white man to grow corn, he steals all your land

funniest joke i have heard in a while "what is the difference between an epileptic corn shucker and a hooker with diarrhea?"

One shucks between fits

What did the baby corn say to mom corn? "Where's popcorn?"

What's the difference between an epileptic corn farmer and a prostitute with dysentery? The farmer shucks between fits.

What the corniest part of a corn field? The corner.

Don't tell secrets in the garden: The potatoes have eyes

The corn has ears

Feed a man corn and he eats for a day. Teach a man to grow corn and he kills you and steals your land.

Why is corn the best vegetable to talk to? It's all ears!

Q: What did the momma corn say to baby corn? A: where is popcorn

Why shouldn't the corn dog & the pig in a blanket have kids together? They're both inbred.

A customer's corn broke through her bag. I told her it was too husky. She stared at me blankly. Something must've been wrong with her ears.

How Much Did the Pirate Charge For Corn? A buck an ear

It's kinda corny... What did baby corn say to momma corn?

If Billy Mays were a farmer... And he ran a really good corn maze during the spring, it would be called the "Amazing May Mays Maize Maze."

What did the baby corn say to the Mom corn ? Where is Popcorn ?

How much does a pirate pay for corn? A buccaneer.

What's the difference between an epileptic corn husker and a nymphomaniac with diarrhea? One shucks between fits

How much does a pirate pay for corn? A buccaneer

What do pirate farmers charge for their corn? A buccaneer

What did the baby corn say to the mama corn? "Where's Popcorn?"

what do u call a group of colonels ? a cob .

get it . cuz colonel is pronounced kernel . like corn .

Why should you never eat Jolly Green Giant vegetables? Because he always stands over the corn and peas.

Be sure to always whisper while in a corn maze The walls have ears.

I told my girlfriend I was unfaithful My girlfriend found blonde hair on the passenger seat of my car, so I had to say that I was cheating on her.

How embarrassing would it be if she knew I sold corn on the freeway?

Did you hear about the corn farmer? He had a great harvest and was smiling from ear to ear.

What's the difference between a corn husker with epilepsy and a prostitute with dysentery? One shucks between fits...

What did the baby corn say to its mother? Where's popcorn?

Was that too corny for you?

My friend made a flute out of a carrot... It was impressive, and if you gave her some sheet music, she would show you just how well it played.

My other friend, who's a bit competitive, made an oboe out of corn. He said he could play anything by ear.

What did the ear of corn say when he lost his leaves? Schucks!

Bars ordered to close by government should file for farm income support ...after all they're business is barley, corn and rye.

What’s the difference between a brood of deer and fried maize cakes? One is a batch of fawn critters and the other is a batch of corn fritters.

My friend dropped his favorite corn chip into a vat of melted cheese. "Aw, man," I sympathized, "It's just nacho day."

I once saw an orange with corn silk on top of it The people refer to it as "Mr. President."

What did the baby corn tell mama corn while watching a movie ? Where is POPcorn ?

Why are corn fields great comedians? Cause they make a laughing stock out of everything!

How much does a pirate sell his corn for? A buccaneer

What did baby corn say to mama corn? Where’s popcorn?

What do you call a corn falling from an oak tree? A corn

What did the baby corn say to the daddy corn? Popcorn!

Why did the corn get fired? He was drinking on the cob.

Sorry for the corny joke.

I stepped on my corn flakes... Now I'm a cereal killer.

They have these new cream corn containers that look like milk cartons... They call it Soft Pour Corn.

What does a chorus made of corn do? Sing in hominy.

What do you call the children of the corns father? Pop corn.

What did the corn farmer say when his crop failed? Aww shucks!

What did the corn chip say to the light bulb? Are you turned on? Because I'm Frito Lay

What do you call a gelded unicorn? A Eunuch-corn

Why do celebrities hate living in Nebraska and Iowa? All the corn stalks there.

Why do farmers play smooth jazz for their corn? It's easy on the ears

I got a job peeling corn all day... It really shucks.

I used to love the sound of crunching into corn... but now I don't have an ear for it.

What did John Fogerty say when he once again became trapped under Mexican corn on the cob? Oh Lord, stuck in elote again

How did Nelson Mandela do laundry while in prison? He used one part water, a part corn starch, and a part Tide.

What did baby corn ask to mommy corn? Where is pop corn?

I poured a bag of yellow vegetables over a dead policeman. Corn on the cop.

What do you call a piece of corn all by itself? A Unicorn.

(Yes another attempt at an original joke)

Edit: Apparently it's not original. I should have googled it first. Man thinking up something no one else has is tough.

What is the difference between a corn-shucker with epilepsy and a prostitute with diarrhea? One shucks between fits.

Why is corn the best vegetable to talk to? Because it's all ears!!

How much did the pirate pay for corn? A buck an ear!

Not knowing that it's called "baby corn" isn't a big deal... ...but everyone looked at me REALLY weird when I said "oooh, I LOVE child corn" in a crowded restaurant.