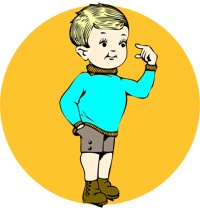 Little Johnny The teacher came up to Johnny's desk and asked can you tell me what separates you from a monkey.

Johnny said with confidence "the desk".

I asked little Johnny why he started doing so well in math after we sent him to the Christian school. He said he didn't want to end up like the guy they nailed to the plus sign.

Little Johnny is back In the class the teacher said: "the first person to answer my question will go home early".

Little Johnny threw his bag outside.

Teacher asked: "Whose bag is that???"

Little Johnny's teacher asks "George Washington not only chopped down his father's Cherry tree, but also admitted doing it. Do any of you know why his father didn't punish him?"

Little Johnny replies, "Because George was the one holding the axe!"

Little Johnny's Game Little Johnny comes running into the house and asks, "Mommy, can little girls have babies?" "No," says his mom, "of course not." Little Johnny runs back outside yelling to his friends, "It's okay, we can play that game again!" 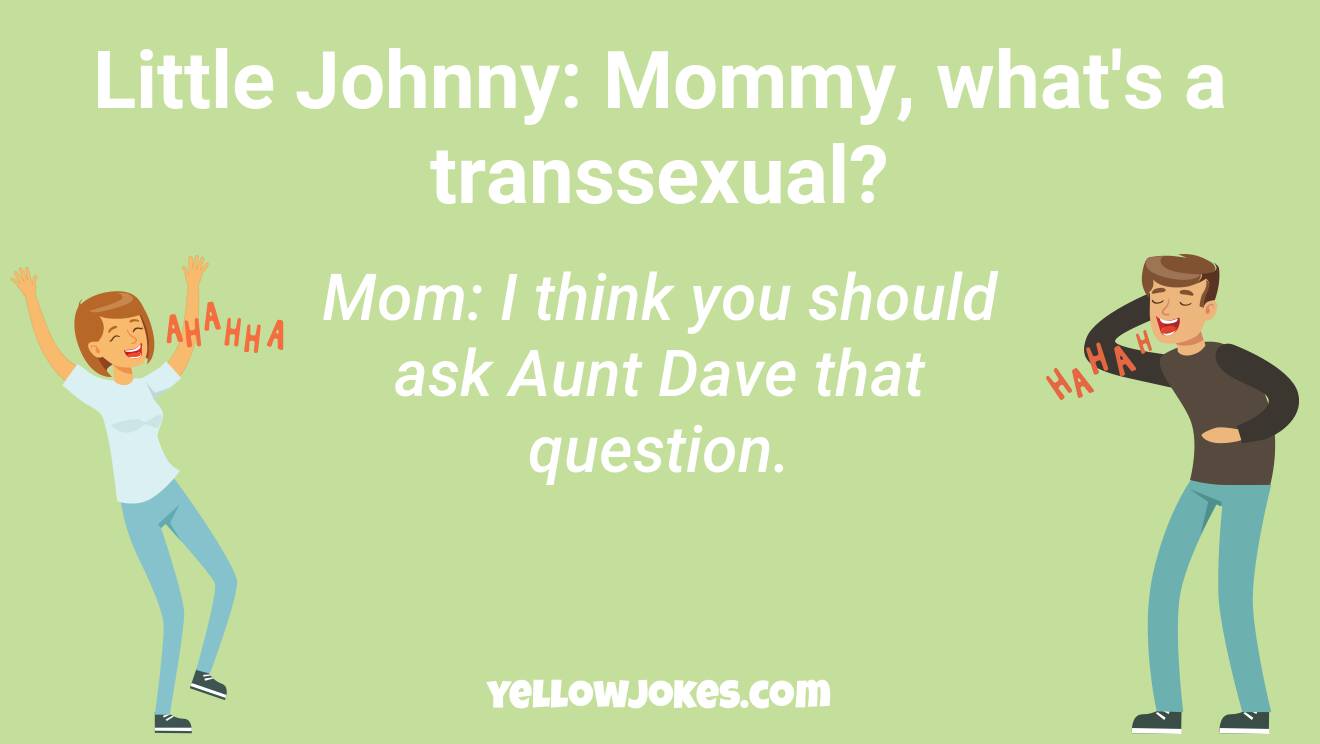 Annoyed, Little Johnny asked his mom where they had got her from.

"From Heaven," replied his mom.

"Well, I can see why they threw her out!"

Little Johnny came running into the house and asked, Mom, can little girls have babies?” “No, of course not” she said. Little Johnny then ran back outside and his mom heard him yell to his friends, “It’s okay! We can play that game!”

Little Johnny asked one day, "Mommy can little girls give birth?" "No son. Of course not"

Little Johnny told his parent "I'm a grown up now, I am ready to live by myself" His parent, being very proud of their son, said "Well that's great! We have no reason to stop you"

To which he replied "Awesome! Your luggage is at the front door"

On the Bus Little Johnny says, "Mom, when I was on the bus with Daddy this morning, he told me to give up my seat to a lady."
"Well, you've done the right thing," says Mommy.
"But Mommy, I was sitting on Daddy's lap."

Little Johnny walked into class with only one shoe. The teacher asks Johnny with a chuckle,
“What happened? Did you lose a shoe?”
Johnny looks up and responds,
“No ma’am, I found one.”

Why couldn't little Johnny get the toy he saw on TV? His parents weren't 18 or older.

Little johnny is asked to use the word contagious in a sentence. My dad was watching my mom cut the grass out the front window.
He was yelling, at the rate she's cutting the grass, It's going to take that contagious.

Little Johnny asked his teacher, "should I get in trouble for something I didn't do?" "Well if you really didn't do it, I think not," said the teacher.

"Well good," little Johnny replied, "because I didn't do my homework."

"What is it Johnny?"

"Does Grandma know anything about car mechanics?"

"She's outside, under a bus"

Little Johnny raises his hand in class one day... and asks "Teacher, will you punish me for something I didn't do?"

"Of course not" says the teacher.

"Good," says Little Johnny, "cause I didn't do my homework."

Little Johnny was running behind for his weekly trip to the prostitute When he got there, she said

"Oh, that's terrible. I hope he wasn't burned too badly."

"Nah. They really know what they're doing at those crematoriums."

"Mommy! Mommy! Little Johnny pulled down his pants and showed me his thingy!" "Oh? That's... *weird*. Well, what did you think of it?"

"It reminded me of a peanut!"

Little Johnny One day, Little Johnny went to his dad and said to him, "Dad, when I grow up, I want to marry Grandma."

His dad replied, "Johnny, you can't marry my mother!"

Johnny said to him "But you married my mother. How is this any different?"

"Would you ever punish me for something I didn't do?"

Little Johnny tells his friend, "My grandpa died yesterday." Friend asks, "Oh, how did that happen?"

Johnny, "He hit his thumb with a hammer."

Johnny, "I know but he wouldn't stop screaming and cursing so we shot him."

Little Johnny asks the teacher, "Mrs Roberts, can I be punished for something I haven't done?"

Mrs Roberts is shocked, "Of course not, Johnny, that would be very unfair!"

"Of course not, Johnny," she responds.

"Great, because I didn't do my homework."

A Sunday school teacher asked the children just before she dismissed them to go to church, "And why is it necessary to be quiet in church?" Little Johnny raised hand. and replied, "Because people are sleeping."

Dandelion Teacher:"Can you make a sentence with dandelion."

A priest was talking to a group of kids about "being good" and going to heaven. At the end of his talk, he asked, "Where do you want to go?"

"And what do you have to be to get there?" asked the priest.

Little Johnny goes up to Dad… … and asks "Dad, what is a transsexuel person?" Dad starts grinning an says "Ask Mom, he'll explain."

Little Johnny... Little Johnny comes running into the house and asks, "Mommy, can little girls have babies?" "No," says his mom, "of course not." Little Johnny runs back outside yelling to his friends, "It's okay, we can play that game again!"

Little Johnny called his teacher to ask about the time difference between his city and London. "Just a minute..." his teacher replied.

Teacher asks the class, can anyone tell me me where Africa is? Little Johnny straight up wit his hand, Teacher, where is it then Johnny? He replied I don't know exactly but I know it cant be far. All the black kids go home for lunch.

The teacher, puzzled, asks, "What on Earth are you talking about?"

Little Johnny replies, "Yesterday you said it was H to O!"

Little Johnny sometimes mixed up words while speaking And one day he was facing a murderer. Little Johnny said "Police donut kill meme!"

Little Johnny does poetry. One day in English class, Little Johnny is asked to write a poem. He gets up in front of class and tells them "I've named this poem Old Lady's Underpants."

Rose's are red,
Violet's are blue,
Grandma's are purple.

"What is it, Johnny?" replied his mom.

Little Johnny goes Trick or Treating as a pirate... ... When he gets to the house of a kind old woman, she says "Oh don't you look fierce! But tell me, where are your buccaneers?"

Johnny replies "Under my bucking hat, where else would they be?!?"

Teacher: "Alright, children, who can tell me what comes after 69? Little Johnny, how about you?" Little Johnny: "Mouthwash."

Why did little Johnny hate baseball? Every time he reaches third base, his teammates tell him to go home.

What happened to the little johnny jokes? Post some below