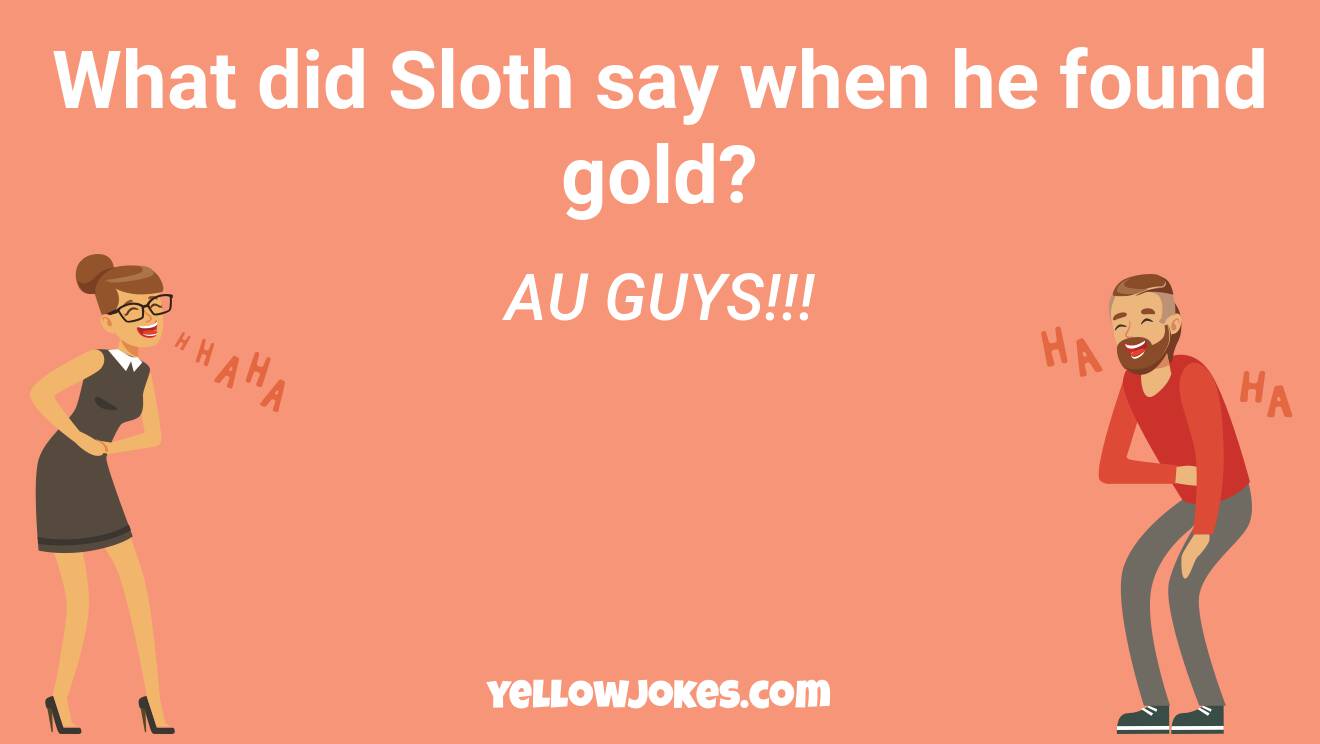 So a sloth got robbed by 3 turtles... When the cops asked him what happened the sloth said,

How did the sloth become President of the tree? He slept his way to the top.

You let a sloth give you gonnorhea?! *slow clap*

They say I have a body built for Sin That sin being Sloth.

Knock knock. Who's there?

The interrupting sloth who?

#17268 Three turtles robbed a sloth. When the police asked the sloth what happened, the sloth replied: I don’t know, it all happened so fast.

You managed to get gonorrhea from a sloth? *slow clap*

A sloth goes to a bar to get drunk. After a long time and a lot of drinks the bartender asks the sloth why he is there.


The sloth replies, "I'm depressed, my wife is leaving me. I bet she's already halfway through the kitchen."

So this sloth reported a mugging by three turtles to the police... ...When asked what happened he said, “I don’t know officer, it all happened so fast!”

You got gonorrhea from a sloth...? *slow clap*

Overheard the wife on the phone ... Just heard the wife talking to one of her friends, she described me as a wild animal in bed 😲😁😁😁😁

BTW what is a Sloth

What does a sloth do when the forest is on fire? Burn as well.

What do you call an intelligent sloth? Slo-mo sapiens

Why did the sloth fall out of the tree? Because it was dead.

What did the Tortoise say when she was dating the Sloth? Let’s taake it sloooooow.

What's the difference between a lazy overeater and a flirtatious emo? One is Sloth the Gluttonous the other is Goth the Sluttiness.

Yep made that up on the way home today... Sorry.

How does a sloth hang itself? By trying to jump rope.

The Sloth and the Gang of Snails There was a sloth, and one day he was mugged by a gang of snails. The police showed up and asked the sloth "Can you tell us what happened?" and he said "I don't know, it all happened so fast".

What did the sloth wear to the swimming pool? His speedo

What kind of food can you make from a sloth? Slothage.
(Original terrible joke)

A sloth walks into a bar Well actually, I got ahead of myself, it’s still walking there...

This is taking longer than I expected...

Never mind, I’ll finish the joke when the sloth finally gets here.