I spent four years at college and didn't learn anything... It's really my own fault. I had a double major in psychology and reverse psychology.

I wanted to major in reverse psychology. My dream school turned me down.

So I wrote them back and told them I wasn't even interested in their stupid program. They sent me a diploma. 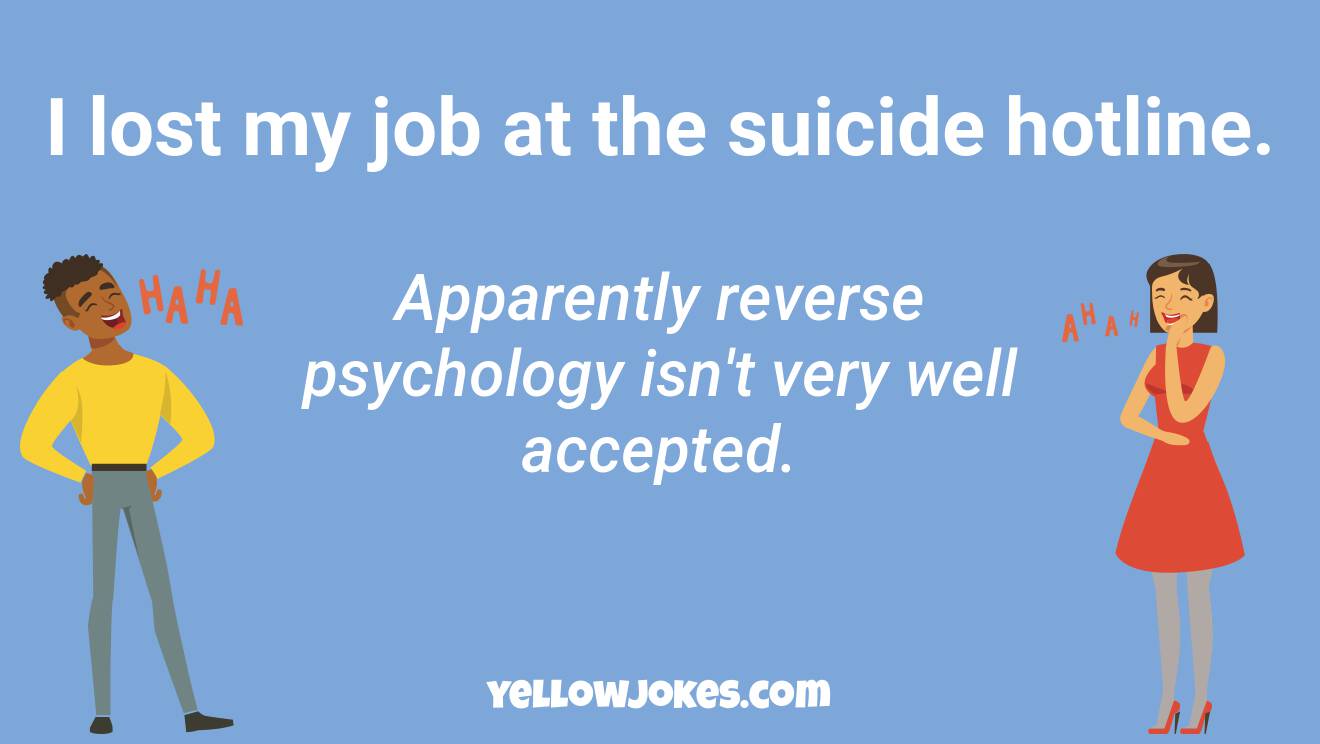 I have degrees in Politics, Economics and Psychology. I don't have a job but at least I know why.

My Psychology Professor asked me what Super Power I would like to have... Apparently "Cold War Era Russia" is not an acceptable answer.

A lot of people think Sigmund Frued is a hack. And yes, some of his theories were proven wrong but the work he did made the field of psychology so famous he should never be forgotten. They just go hand in hand, you cant have one without the mother,

I got fired from a suicide hotline Apparently they look down upon reverse psychology.

Did you hear about the prostitute with a PhD in Psychology? She'll blow your mind.

I didnt learn anything in college... I guess it was kind of my fault though. I double majored in psychology, and reverse psychology.

I wrote a book on reverse psychology. Don't buy it!

I thought reverse psychology was when.. you made your therapist cry

I'm writing a book on reverse psychology. When it becomes available, please refrain from purchasing it.

I always cheated on my psychology tests... ...so I don't know what that says about me.

A person with an engineering degree asks... ...how things work.

A person with a psychology degree asks why things work.

A person with an art degree asks, "would you like fries with that?"

The psychology lecture randomly picks out one of his students. "Let's say you're the most disagreeable person in this clas-"

I have a double major in Psychology and Geography. I lead the field in research on glacial depressions.

Major in Freudian Psychology Minor in the back seat.

I remember learning about Pavlov’s law in psychology class and thinking “those stupid dogs...” Then the bell rang and we all went to lunch

I didn’t learn a thing in university I elected to get a major in psychology and minor in reverse-psychology.

A man walks into a library and says... ..."I hope you don't have a book on reverse psychology."

I was in psychology class yesterday... and we couldn't stop laughing at how stupid Pavlov's dogs were.


Then the lunch bell rang and we all had lunch

My friend asked me how reverse psychology worked I told him he wouldn't understand.

What did Dr. Cardi B say to her psychology client? So, tell me what occured to you as a child.