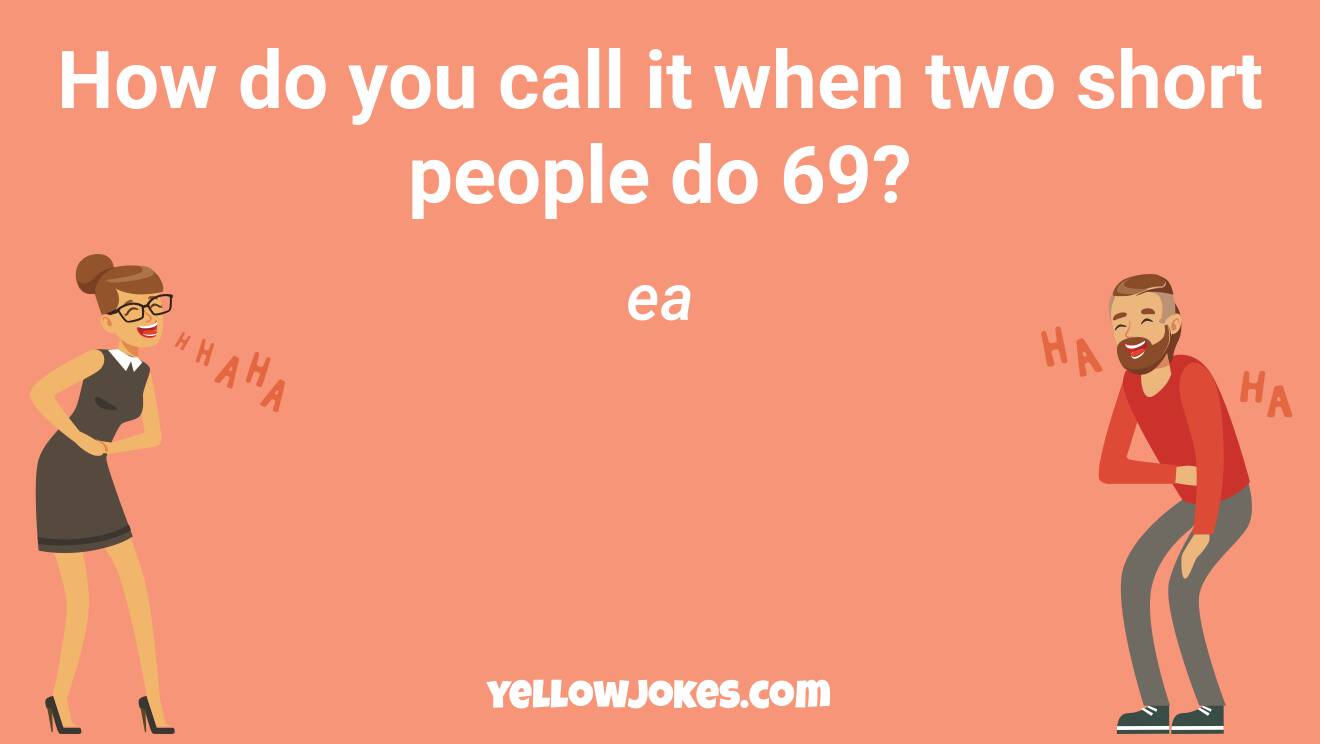 Why can't short people cook? Because the steaks are too high.

Being tall is an enormous responsibility Short people look up to you.

How do short people greet others? They microwave.

Do you know what always catches my eye? Short people with umbrellas

Does anyone know the PC term for short people? ...or do yall also struggle with gnomenclature

What do you call short people on a merry-go-round? A midget spinner

Sometimes I want to make a joke about short people But I don't want to stoop to their level.

I love short people They’re more down to earth.

Why do you need to explain jokes to short people? To make sure it doesn’t go over their head.

Sometimes when I look at short people I wonder... If they’re able to reach their goals

Never fight short people They hit below the belt

My local funeral service is offering a 2-for-1 deal on coffins... ... but only to short people.

You shouldn't make fun of short people They belittle themselves.

Why can you lie infront of short people without consequences? It goes over their heads.

When short people smoke weed, they don't get high They get medium

Short people are oppressed They're always getting overlooked.

I'm not saying short people are inferior but I do look down on them.

Why can't short people get depressed? They're always looking up!

Short people are materialistic. Tall people are bigger than that. They can see past it.

What's so offensive about short people jokes? I consider them the height of comedy

I read a headline that said "short people are less intelligent than taller people" That can't be true. Einstein was 5'7" and Stephen Hawkin was 3'5".

Have you ever noticed that short people have more role models than anyone else? It's because they are looking up to everyone

What do short people call something that's too high up? Absolute zero, because it's impossible to reach

What are short people??? Short people are the future. They consume less food, use less car fuel & more of them fit on the earth.

A rabbi decides to go on a trip around the world

A rabbi decides to go on a trip around the world, but can't afford to fly by plane. Fortunately, he has an old boat, so he can travel through the ocean.

On the way to Africa, the boat crashes on a small island. The rabbi hops off and sees hundreds of short people covered in fur, as in so much fur that you can't see their faces. The fur people walk up to him and introduce themselves as the Trids.

The rabbi is invited to stay on the island with the Trids. 8 months pass, and he is still living with the Trids, quite comfortably.

One morning, the rabbi wakes up and doesn't hear the usual clamor of the Trids frolicking outside. He decides to check around the huts, but doesn't see anyone. As he is walking along the coastline, searching, he sees all of the Trids lined up in front of the ocean.

The rabbi asks one of the Trids why they are all lined up, but doesn't get an answer. He stands in the back of the line. Suddenly, a giant comes walking out toward the line of Trids.

He braces himself for the kick, but it seems to be taking a while. Hearing the giant walk away, the rabbi says, "Hey, aren't you going to punt me into the ocean?"

The giant laughs and replies, "Silly rabbi. Kicks are for Trids!"

There was once a tribe of very short people who lived on an island in very long grass. One day an explorer stumbled upon this large grass covered island and intact discovered the tribe. He was very excited but decided since he was not sure if they were a peaceful people or not he would not engage this time, instead he would come back better equipped in a few days. When he got home he decided to tell his fellow explorers about the tribe he had discovered. He sat with them in a bar and told them all about the island and the long grass and the tiny people. Finishing his story he said “so I’ve discovered this incredible tribe they’re new and they’re called “the Fukawi tribe “ his best friend astounded said “but how did you come up with the name?”
“Oh I didn’t” came the reply “ they named themselves, and when I approached them they kept jumping up yelling “we’re the Fukawi” “
Share: