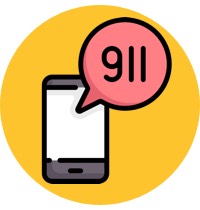 Without the Arabs we wouldn’t have 9/11. We would have IX/XI instead 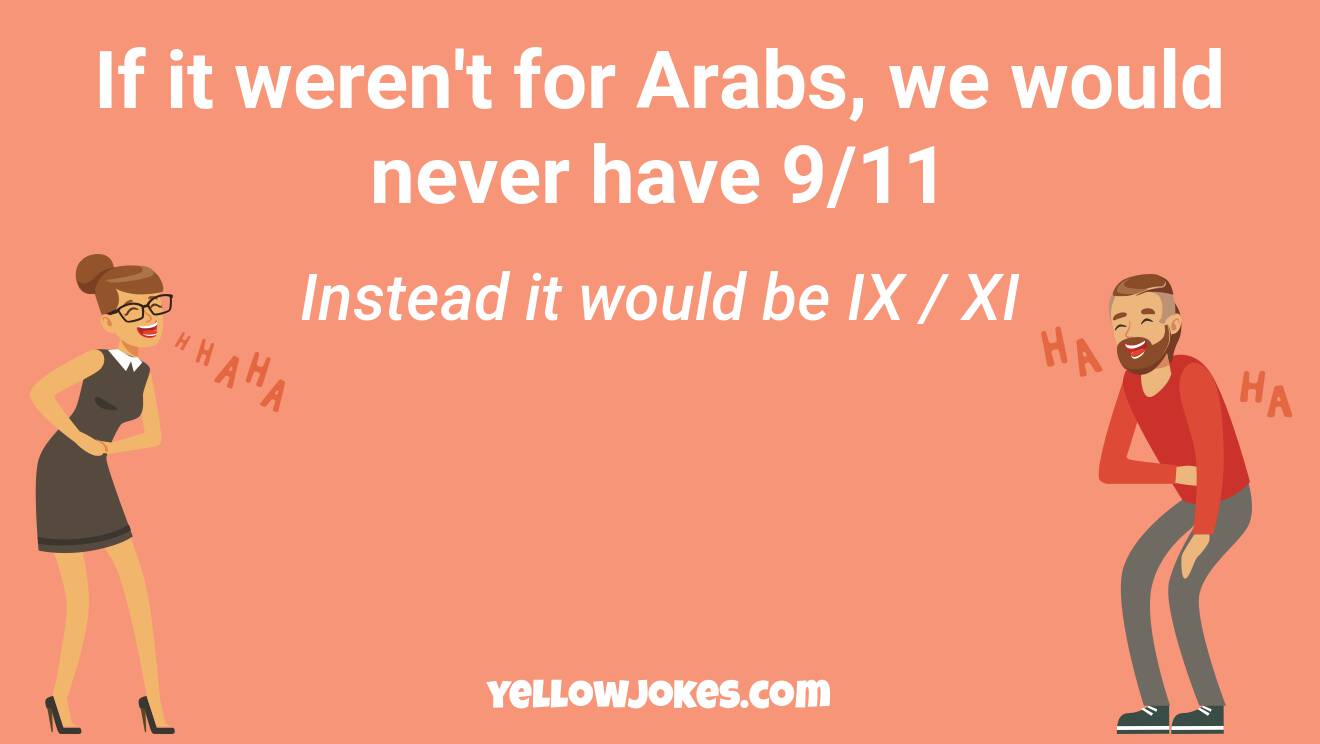 edit: Wow, I came back and this really blew up!

Without Arabians, 9/11 wouldn't exist. It would be IX/XI instead.

Why are 9/11 victims the best readers? They can go through 94 stories in seconds!

Proof that 9/11 wasn't a government plot: It worked.

why is everyone posting about 9/11? It's still 2 months away.

What is the difference between 9/11 and a professional gardener? One is an outside job

My girlfriend dumped me on 9/11. That's one way of making sure I'll never forget.

What is the difference between 9/11 and landscaping? Landscaping is an outside job.

9/11 Jokes aren't funny. The other 2 however, are hilarious!

What's the difference between 9/11 and a cow? You stop milking a cow after 10 years.

Without the Arabs, we wouldn't have 9/11 We would have IX/XI instead

How do we know 9/11 wasn't a government plot? Because it worked.

If 9/11 had happened in July... 7/11's brand name would have crumbled faster than the Twin Towers.

I want to start an interior design company, I'm going to call it 9/11 because it's an inside job.

My father died on 9/11, I will never forget his last words Allahu Akbar.

[Do keep in mind that this is not my joke, I just want to spread laughs]

Today is the rest of the world's 9/11 No, seriously, look up the calendar.

Why are 9/11 victims great readers? They can go through 90 stories in 10 seconds

What's the difference between 9/11 and your birth? One was planned.

Why are 9/11 survivors the best storytellers? Because they went through 150 stories in 3 seconds

The secretary of defense is telling the president a joke Secretary: Knock Knock

Secretary: You said you would never forget

Sorry if it’s a repost. I haven’t seen it on here yet.

A 9/11 widow, a black slave, a jew who survived Auschwitz and a clairvoyant walk in to the Challenger Spacecraft "I don't like where this joke is going" says the clairvoyant

Some people say that 9/11 was America's darkest hour but they got it backwards, 11/9

“YOU SAID YOU WOULD NEVER FORGET!!!!”

Why is the polices number 911? Because 9/11 was the perfect number for them

I wanted to tell a 9/11 joke but they said it was too soon. The funny part is a lot of the victims probably said the same thing.

As a European I will never understand the big deal about “9/11”. I mean what exactly happened on the 9th of November that was so memorable?

I hate when people creat humor from 9/11 My father died on that day. He was the best pilot in Saudi Arabia.

I was recently flying with Alquaida Air Good service , 9/11

9/11 jokes are so unfunny Its plane and simple

What do you call dancing Israelis on 9/11? Mossad

Why was 9/11 the worst day in American history? Because on the 9th November Donald Trump was elected president

What does George Bush Jr and Michael Jackson have in common? Bush did 9/11 and Jackson did 9 11 year-olds.

I still remember the last thing my dad said to me before dying in the 9/11 attacks... Allahu Akbar!