What do you call a Corvette following a Camaro at high speeds? Chevy Chase.

You know what's cool about owning a Chevy? well, the logo is a big plus 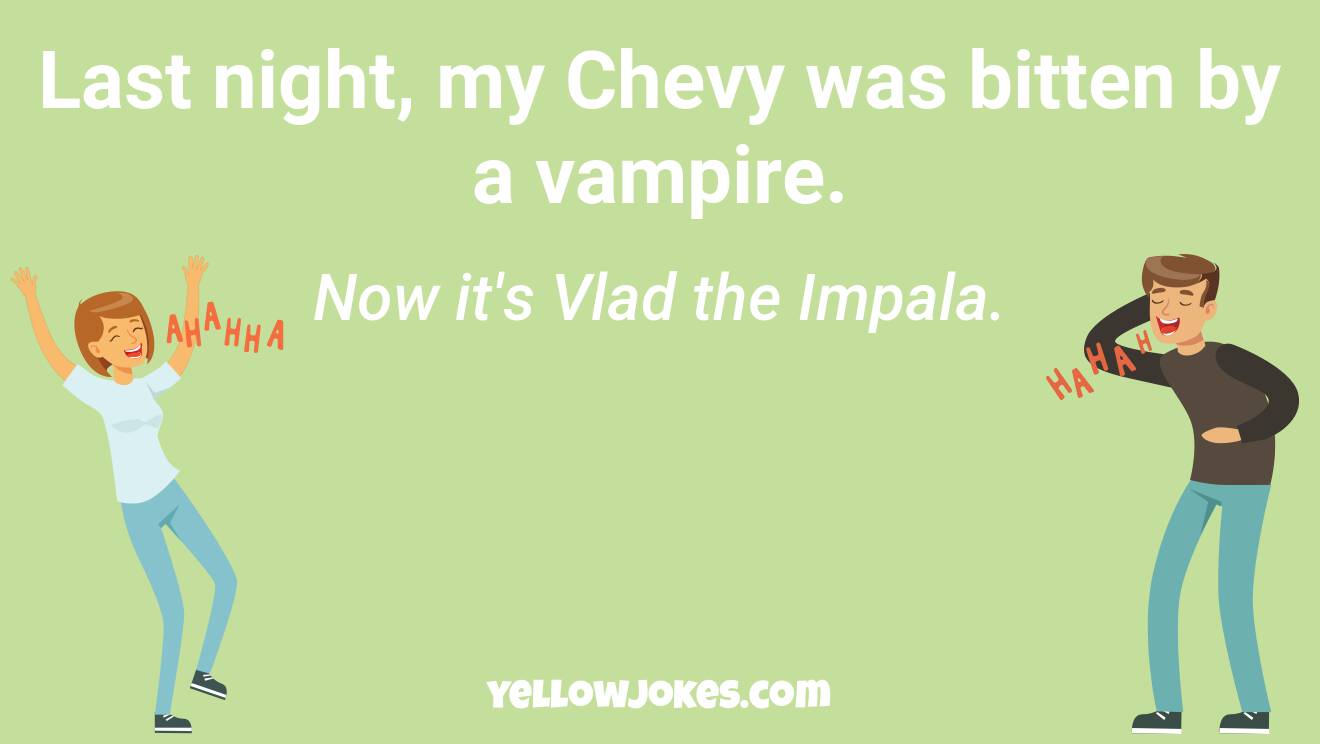 The last girl I dated was like a loan on the All-New 2020 Silverado during Chevy Truck Month She made herself available for a limited time only, then had 0% interest for 12 months.

What do you call a retired Marine in a Chevy sports car? A Corps vet in a Corvette.

A guy walks into an auto parts store and says "I need a gas cap for m Chevy." The guy behind the counter thinks for a second and says "OK, that sounds like a fair trade."

What kind of cars do ghosts drive? Chevy Maliboos.

What's the difference between a 1972 chevelle and a bic mini? Well one is a heavy chevy and the other is a little lighter.

A Chevy Silverado, a GMC Sierra, a Ford F150, a RAM 1500, and a Toyota Tacoma are driving in convoy Best pickup line ever

When your sitting in a Chevy and you feel something heavy Anybody know any silly diarrhea rhymes?

Never buy a second electric car from Chevy. It's revolting.

Why do Arabs only buy Chevy Trucks? Because they're like Iraq.

Times must really be as tough as they say. I just saw a 2008 Chevy Cobalt go by with a bumper sticker that said Princess.

What's the difference between OJ Simpson and Caddyshack? One had a Bronco pursuit and the other has Chevy Chase.

How do you make a Chevy Malibu float? Pour a glass of soda and add two scoops of Chevy Malibu

New Feature exclusive to 2015/16 Chevy Trucks Magnetic Bumber; recover the parts as they fall off.

What do you call a Corvette following a Camaronst high speeds? Chevy Chase.

Why do Chevy owners like Taco Bell? Because it’s somewhere they can go to get something to actually run good.