If Trump played DnD, what weapon would he use? Fire staff

If Trump played DnD, what weapon would he use? A fire staff. 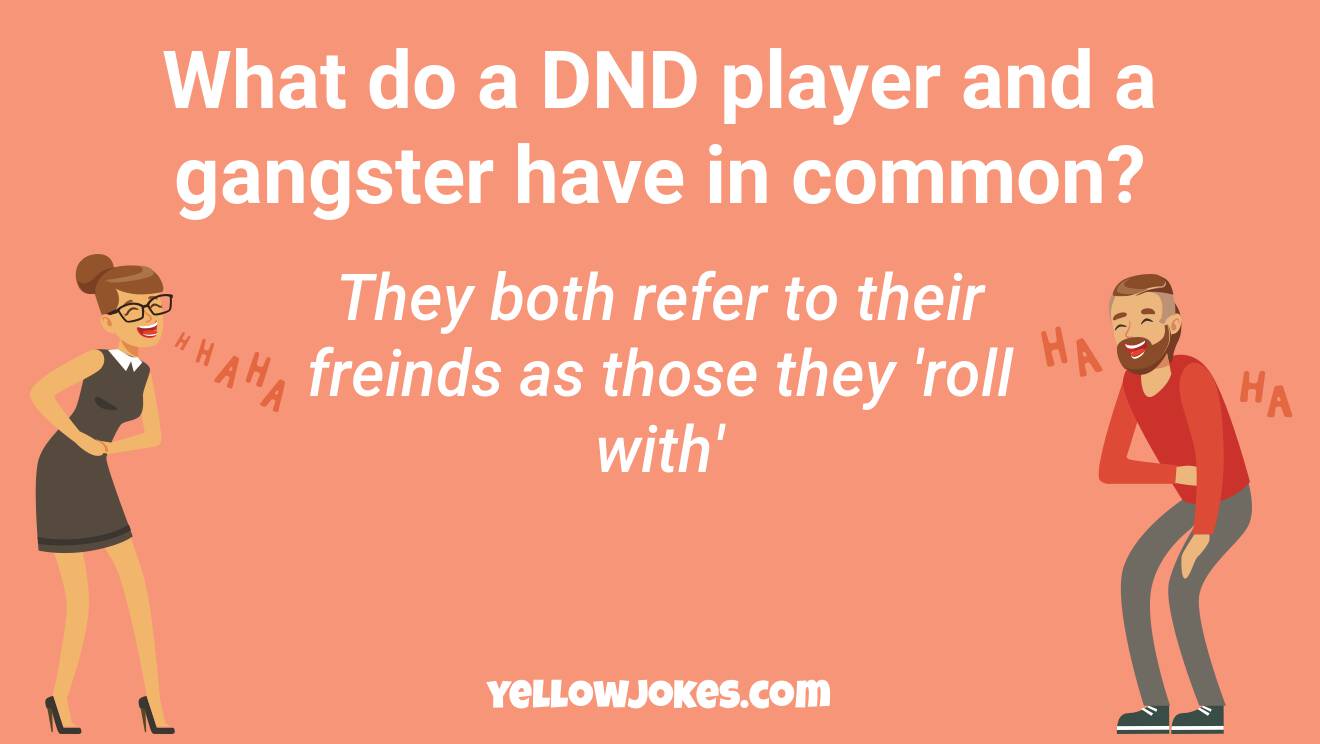 A joke to tell at DnD. Why are Dwarf pubs so bad? Because they set the bar so low.

how many dnd players does it take to change a light bulb All of them, never split the party

Realizing you have nothing to roll:diceless

A group of DnD players walk into a bar The bartender asks, “what’re you all in for?”

How do you tell a programmer from a DnD player? Ask them to complete the list: int, char, str...

What is a dnd clerics favorite car manufacturer? Ford, because I’ve never seen a cleric without their focus.

I've made a bard/rogue for DnD... His signature move is seducing the enemy with a dozen kisses, from shoulder to ear.

But apprently our party forbids neck-romancey