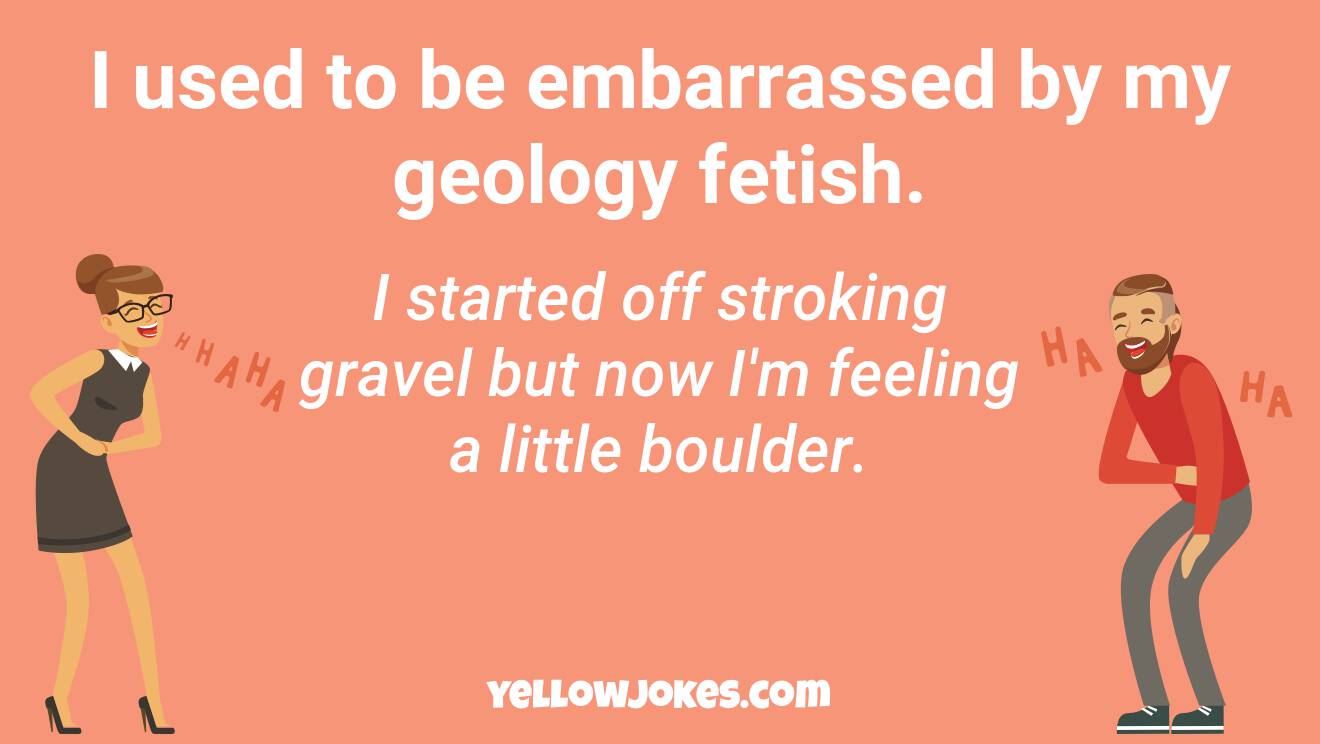 All the Geology majors at my university smoke a lot weed. I guess you could say that they're all a bunch of stoners.

Dwayne Johnson is studying his family history Is that genealogy or geology?

Students are excited to attend the geology class at the local school. They say it totally rocks.

I just found out that my geology professor passed away... my sediments go out to his family

I just got out of my Geology class. We studied metamorphic rocks which was Gneiss.

It turns out that it really would be a good idea to add Trump's face to mount Rushmore because of geology. It turns out the entire mountain is made of Schist.

A high schooler told his geology teacher that.. "geology rocks!"

"that's Gneiss, but it's too bad you're so schist at it"

Black Friday at the geology museum was great! There were so many great shales!

I went on a geology diet recently I lost a stone

What did the Pebbles say when they got clumped together? I feel *boulder*!

I think geology is the most important field in science. Sure, it has its faults, but on the hole, it's ground-breaking.

Welcome to the Geology Department Have a gneiss day!

Geology rocks But geography is where it’s at

Geology rocks But geography is where it's at!

Geology humor ? When some gravel hit my car and cracked a window, I said "You little schist! Why can't you be gneiss?"

Geology Rocks Why was the geologist hungry? He lost his apatite. I really love rocks, they're gneiss. Sorry for the schist jokes.

Geology rocks, but geography’s where it’s at.

Yes Geology rocks But geography is where its at!