Today i made a mistake while sewing. Oops, wrong thread.

I'm trying to think of a sewing pun but I'm really struggling. I needle the help I can get. 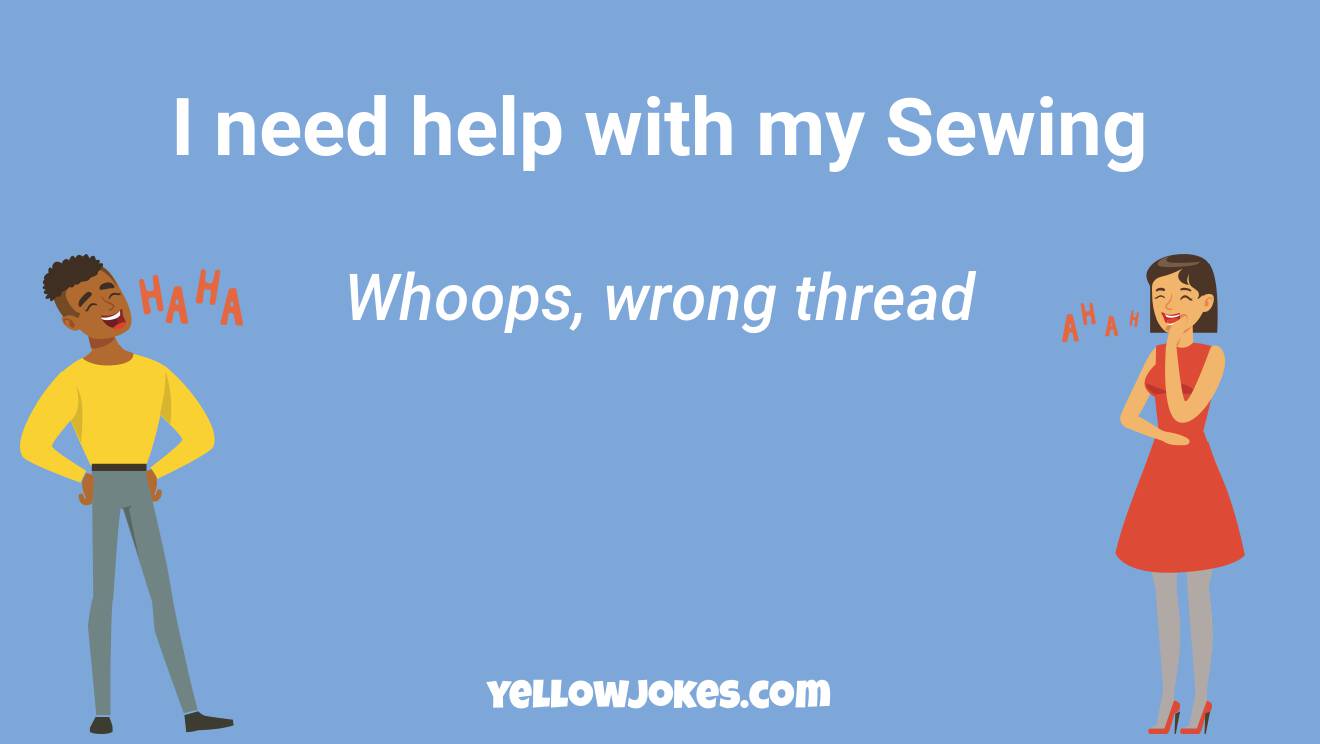 I think my wife's sewing machine is on the blink. I'm not sure what's wrong, it just doesn't seam right.

Everybody in the village agreed that I did an excellent job of sewing their mouths shut. After I left, they were humming my praises.

Link to the ultimate guide for sewing and hemming clothing. Sorry, wrong thread.

What do you say to an angry woman sitting at a sewing machine? You seem stressed.

How can you tell if a sewing machine is trustworthy? If it seams legit

Last night I ran out of sewing needles. I should go to the supermarket and grab myself a punnet.

My Sewing skills aren't up to scratch... Whoops! Wrong thread.

Coffee Coffee: you haven't had enough until you can thread a sewing machine needle while it's running.

I’m having trouble with my sewing Whoops, wrong thread

What did Jean-Luc Picard say when Engineering offered to fix his electric sewing machine? Make it sew!

What do you call a gangsta sewing group? Nittas With Attitude

"A THIMBLE?? What do you need a thimble for? And since when were you into sewing anyways?

What were the monster's first words after Dr. Franksenstein brought him back to life after sewing together different body parts? Thanks for re-membering me.

According to my sewing instructor, I'm easily the worse student She's ever had.. Oops... sorry, wrong thread.

So my wife got a new sewing machine this week and I know what you guys are thinking.... ...sew what?

What are the most useful things your parents taught you? Cooking, cleaning, sewing...that's what i learnt from my dad. My mum taught me how to make jokes based on stereotypical perceptions of gender.

My tailor became a lawyer. Now he's sewing everyone.

Did you hear about Mike Tyson’s new band where he plays the sewing machine? They really utilize their thimbles.

I learned a lot from my parents Things like cooking, cleaning, and sewing, I learned from my father. And my mother taught me to construct jokes based on stereotypical gender roles.

The decision to cover headphone jack in the new iPhone is ridiculous! It's a bit like Steve Jobs sewing the opening of his turtleneck shut.

Memo for our next sewing club meeting! Oops wrong thread!

Police are questioning a man for sewing peoples mouths shut. The suspect is remaining tight lipped.