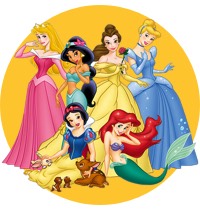 Disney now owns Star Wars, Marvel, Indiana Jones, Disney World and the Simpsons. If they acquire my parent's divorce they will own my entire childhood. 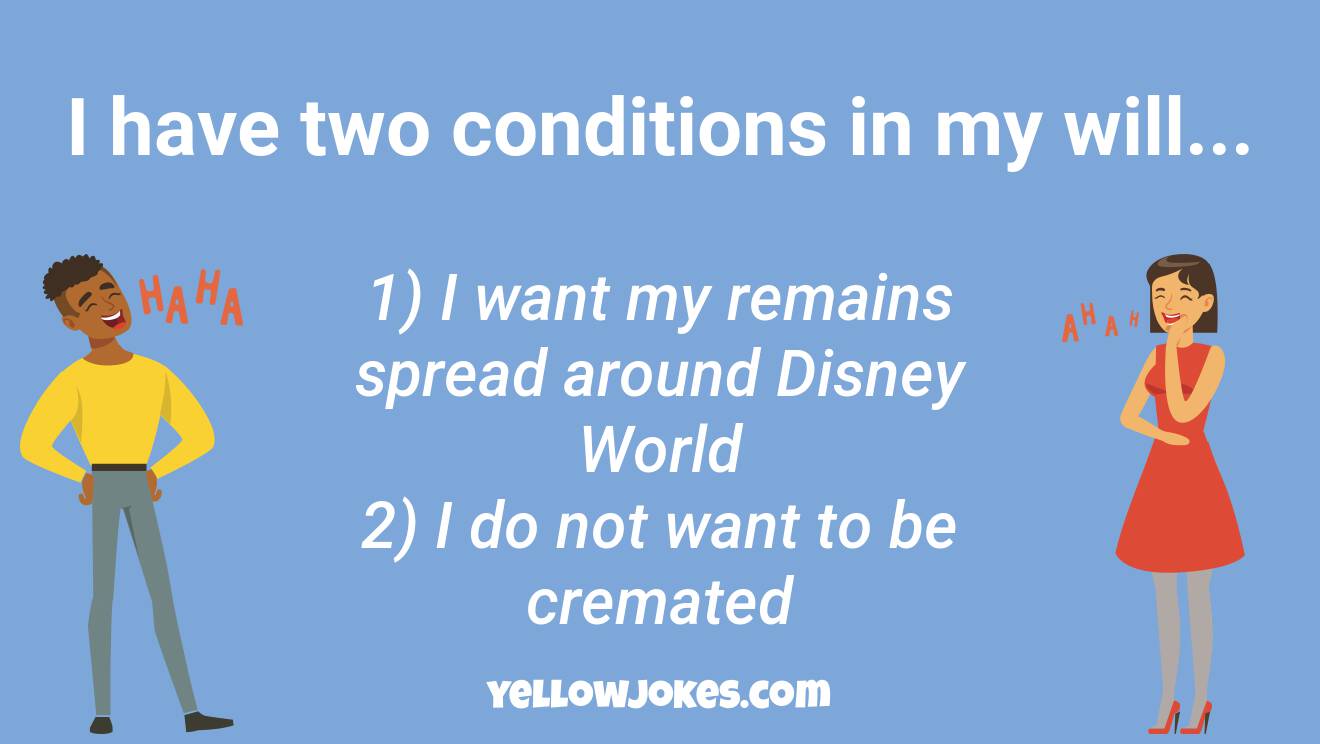 I have two requirements in my will.... 1) I want my remains spread out at Disney World

Rick Astley will let you borrow any movie from his Disney collection... Except Up.
He’s never gonna give you Up.

Two blondes are going to Disney Land At the turn off, they see a sign saying "Disneyland left"

Rick Astley is such a nice guy He'll let you borrow any of his Disney Pixar DVD collection! Except Up!

He's Never Gonna Give You Up

A million or more lab rats die each year and my fiance screams at me for running over a mouse. That's the last time we're going to Disney.

A man on his deathbed is telling his friend his final wishes Man: I have two final wishes

Friend: what are they?

Man: firstly I'd like my remains scattered over Disney Land

Man: secondly, I don't want to be cremated.

Rick Astley will let you borrow any movie from his Disney collection, except one. He's never gonna give you Up.

*Joke's from my Dad and his friend*

When I die I'd like my remains to be scattered at Disney Land... Also, I don't want to be cremated.

Goofy tripped over a stone and got hurt Mickey Mouse : Hey Goofy ! Are you okay?

Mickey Mouse : Oh No ! Which knee?

Goofy(pointing to his leg) : Disney

The Ukrainian government is opening up a tourist attraction in Chernobyl. It will be like Disney World, except the six foot tall mouse is real.

Rick Astley will let you borrow any movie from his Disney collection apart from one. He's never gonna give you Up.

Rick Astley asked for my Disney films the other day. I said, you can have Cars and Toy Story, but I’m never gonna give you Up.

Why does Scottish Mickey Mouse no longer use his helicopter? It Disney land.

*sits there laughing to self*

How do you hydrate a 2 year old at Disney World? Gatorade

What do Disney movies and coathangers have in common? They can both bring out the child from within.

Disney shouldn't have to post warning signs Don't their gators make a ticking sound as they approach?

Why don't they have fireworks at Euro Disney? Because every time they shoot them off, the French try to surrender.

What do you call an emo kids cartoon? Disney XD.

Rick Astley will give you any of his Disney movies except this one. He's never going to give you Up.

What is Frankenstein's favorite Disney song? "I'll make a man out of you."

Who is the funniest Disney princess? Rapunzel

The Seahawks were going to go to Disney World... but they decided to pass.

Disney is already working on a sequel to Beauty and the Beast... They're calling it The French Prince in Belle's Snare.

Why is Pinocchio the most requested at the Disney brothel? Because he lets girls sit on his face while he tells them lies.

When I die, I want my body to be scattered about at Disney World But I do not want to be cremated

Went to Disney World because my daughter is obsessed with Mickey Mouse. She was so excited when I got home and told her.

Which Disney princess has the most jokes Rapunzel

My shirt is a Disney movie Because it’s inside out

Disney Corp is so paranoid about the Coronavirus, they re-released the Snow White movie under another name It's now called, Snow White and the 6 Dwarfs.

What’s a racist’s favourite Disney song? “Put That Thing Back Where It Came From, Or So Help Me”

What do the UK and Disney have in common? They're both ditching the EU

Do you think Disney wanted a ginger for the little mermaid But the casting director was dyslexic?

With the hype for Ariel The Mermaid remake. I made a suggestion to Disney, but they banned me from their website Apparently suggesting a remake of Tarzan with a black man was a bad idea.

What is the most annoying disney princess? Poke-ahontas

What do Disney movies and Robert Kraft have in common? Target audience.

Why did the disney chicken cross the road? Because he had friends on the other side

My wife was teaching our children that Barbie and Disney were sexist and misogynistic. I happen to believe that children learn through examples set by their parents.

So I told my wife to shut her yap and get back in the kitchen.

Do you wanna know my favorite Disney princess? Homer Simpson. Why not? Now that Disney owns everything.

A rollercoaster at disney got shut down for having a small gap in the middle of the ride It probably wasn't wise to have a clothing store in a rollercoaster anyway.

A reporter was interviewing Hurricane Irma. Reporter: "Now that you've been to the Bahamas and Puerto Rico, where are you headed next?"

Why did Disney create Moana? Because after watching Frozen, people wanted Mo' Anna.

Who do you get when you cross a large pair of scissors and a Disney villain? Shear Khan.

Frog noise Little boy said to his grandad one day, grandad, can you make a noise like a frog? Grandad replies, no why? oh, it's just dad says when you croak we are going to Disney land.

Disney princesses usually have a good reputation. But Sleeping Beauty is mistaken as a bad influence because she is always under a rest

Rick Astley can give you every single one of his Disney movies, except one Up.

Rick Astley will let you borrow any Disney movie from his shelf except one... He's never gonna give you Up.

WIFE: I bought tickets for me and (our daughter) to see Disney on Ice.

WIFE: Your daughter will love it. It's Frozen.

ME: Of course it is, otherwise it wouldn't be Disney on Ice.

Who is a college student's favorite Disney King? MuFAFSA

I got in touch with my inner self today at Disney World I can't believe that a multi billion dollar company can't afford 3 ply toilet paper.

Why was Snow White fired from Disney? Because she kept sitting on Pinocchios' face, singing 'Tell me lies, tell me sweet little lies!'

What is the name of Trumps favourite Disney movie? Wall-E

Rick Astley told me that you could borrow any of his Disney movies, except Up He's never gonna give you Up...

Hellen Keller was the first person to go to Disney land. Don't worry, she didn't know it either.

What did Disney call their remake of Dante's Inferno? 101 damnations

Did you hear about Disney's new Tick Tock Crock ride? It's killer.

I knew this guy who was so dumb... he saw a road sign that said, "Disney Land Left", so he turned around and went home.

The Seahawks were going to go to Disney Land after the super bowl but they decided to pass.