I got fired from the unemployment office on Friday. My boss said, “Clean our your desk, and I’ll see you in the office on Monday.” 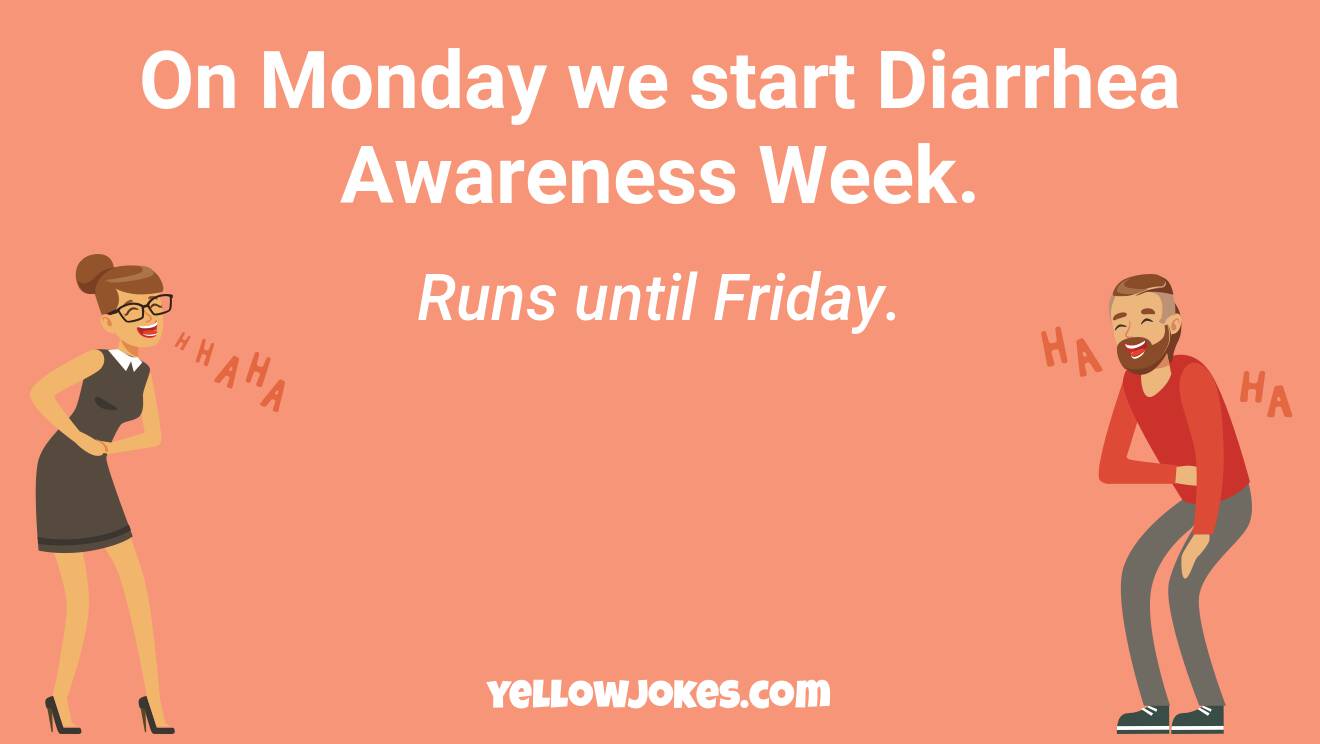 A guy was nailing his interview and the employer said "well application looks great but there's a 7 year gap since your last job, what happened?" The guy says "oh I went to yale",
The employer: Oh great your hired you start Monday.

Sunday and Monday are in a fight. Who wins? Sunday. Monday is a weekday.

What do you call a person who's happy on a Monday? Unemployed.

Shoutout to my teachers from high school who said I would work at McDonalds I have my first shift on Monday.

I was watching women's volleyball during the Olympics and there was already a wrist injury But don't worry, I should be fine by Monday.

The worst thing about Friday the 13th Is monday the 16th

"Violent when disappointed," I replied.

I hope to get the appointment letter on Monday.

What's the difference between a public park and a public toilet? I need to know before my court date on Monday.

A man asks his wife on a Friday evening... Husband: Shall we have a nice weekend?

Wife: Sure, why not?

Husband: Ok then, see you on Monday!

"Honey, let's make this an awesome weekend, shall we?" Says a man to his wife. "Sure", she responds

Scroll to the end Monday: Greg

The owner of the local cinema died today His funeral is on:

It appears we have reached that day once again where all the Irish people get drunk and start fights tonight and skip work tomorrow. Monday.

My wife is turning 32 next Monday. I’ve told her not to get her hopes up for her birthday.

“After all,” I said, “The celebrations are only going to last half a minute.”

“What are you talking about?” she asked.

I said, “It’s your thirty-second birthday.”

Wait, Cyber Monday is about shopping? Apologies to my friends on my chat list...

For everyone in the working world today: It's a Tuesday... ...which is like a Monday but with steel-toed boots and a slightly lower aim.

I asked the blonde why she had TGIF written on her shoes even though it's Monday. She replied, "Toes Go In First".

A psychologist asked his client what was troubling him. "Well, doc, I think I can see into the future."

"Into the future?" the doctor said, intrigued. "When did this start?"

Why are Saturday and Sunday the strongest days of the week? Because Monday through Friday are weekdays.

Why can't Monday get a girlfriend? Because it always comes to fast

I called the local gym asking if they can train me to do gymnastics. They said, "How flexible are you?"

Mercurian day So - apparently one day on Mercury is an agonisingly long 1408 earth hours long...

In other words - one Earth Monday.

How to sustain a long marriage Have two romatic dinners every week.

You can do a lot of things on a romatic dinner, like drinking wine, dancing, watching TV etc.

My wife goes on Monday and Wednesday, I go on Tuesdays and Thursdays.

So we're all thinking it by this point! Fact of Life:
After Monday and Tuesday even the calendar says W T F

Just been watching the women's Olympic beach volleyball and there has already been a wrist injury..... But I should be OK by Monday.

Black monday is way better then black friday, look at the deals these people in Ferguson are getting. Stuff is free!!

How many Portuguese does it take to colonize an Empire? a brazillian

thanks folks, i'll be here all Monday.

I'd love to watch 48 Hours But it would be Monday by the time it's finished and ain't nobody got time for that.

Next week is the International Diarrhea Week Runs from monday to sunday.

What’s the typical thing a patient says at the Diarrhea Clinic on a Monday morning? “I had a terrible weak end.”

A boss forwards an email to his secretary and inquires whether it is from his lawyer or his tailor. The email read: SUIT IS READY, TRIAL ON MONDAY.

Why do physicists have such a hard time figuring out why their experiments fail Monday through Thursday? Causal fridays.

Why does my grandmother use a blue phone on Monday, a green one on theusday, a white one on Wednesday, a gray one on Thursday, a orange one on Friday and a red one on the weekends? To call people.

Starting next Monday, you can trade mushrooms on the stock markets The SEC has determined that mushrooms are fungible.

Francisco Nunez Olivera, the world’s oldest man, died at his home in Spain – a month after celebrating his 113th birthday last Monday night... I shall miss reading his jokes on here...

Another Monday morning of people on the Internet screaming about what other people can or can't say. I wish these Game if Thrones spoilers would stop.

This monday there will be a solar eclipse at 10am... Followed shortly after by funeral proceedings for the Flat Earth Society.