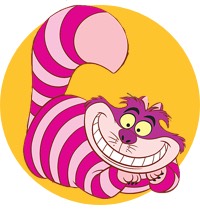 I think my cat might be a communist He won't shut up about Mao.

How is a trans 4-year old like a vegan cat? We all know who’s making that decision 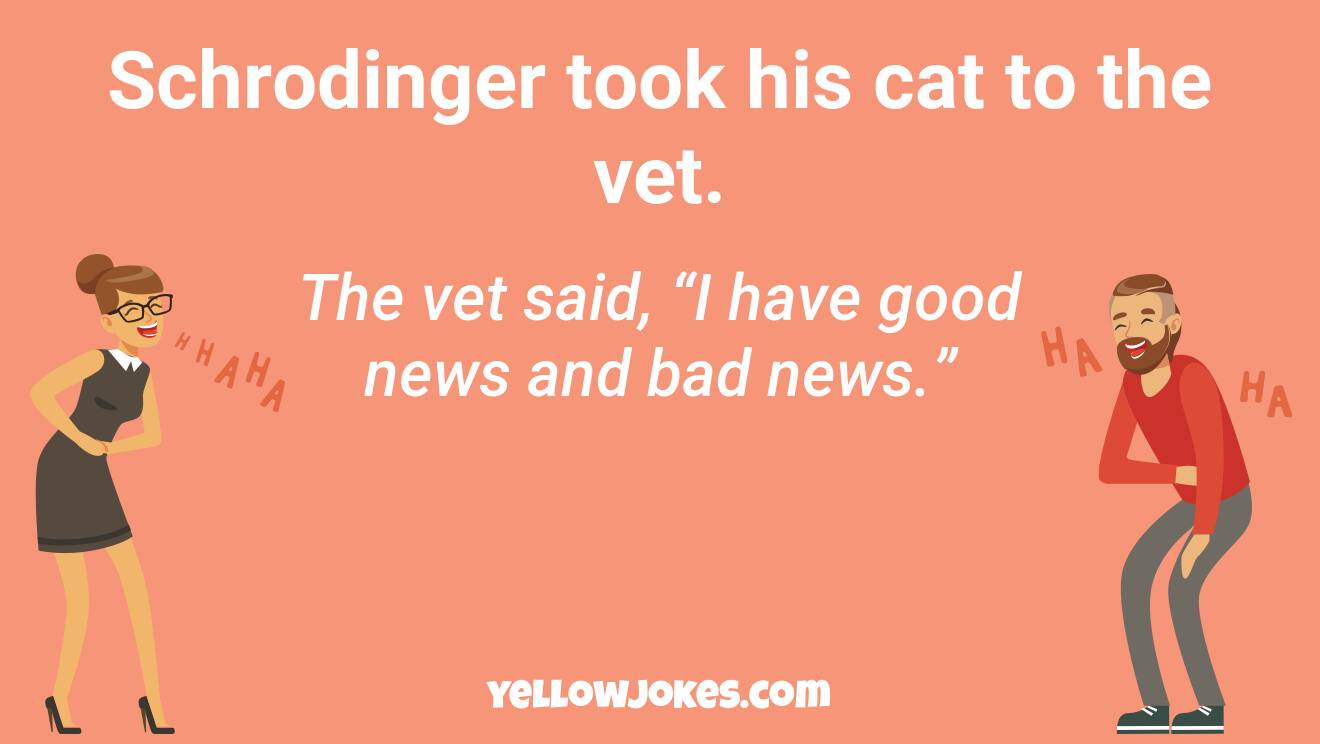 What's the difference between a cat and a comma? One has claws at the end of is paws and the other is a pause at the end of a clause.

I used to be in a band called ‘Missing Cat’ You've probably seen our posters.

A cat walks into a bar. The bartender says, "what'll you have?"
The cat says, "A shot of rum."
The bartender pours the cat his drink.
The cat slowly pushes the shot off the table.
"Another."

I asked a librarian for a book about Pavlov's dog and Schroedinger's cat. She said it rang a bell, but she wasn't sure if it was there or not.

Where would you park your camel? The Camelot.

Edit: Went to class, came back, saw this. Me and my cat are thoroughly pleased.

When I was five, my Dad put Snowballs in the blender to make a slushie... I miss snowballs, she was a good cat.

My kids were hungry so I made them burgers from scratch. They got really upset and started to cry.

Scratch is a stupid name for a cat anyway..

I asked a librarian if she had a book about Pavlov's dog and Schrodinger's cat. She said it rang a bell but she wasn't sure if it was there or not.

I went to the library and asked for a book on Pavlov's dog and Shrodinger's Cat The librarian said "That rings a bell but I don't know if it's here or not."

I asked the librarian for a book about Pavlov's dog and Schroedinger's cat. She said it rang a bell, but she wasn't sure if it was there or not.

This morning I saw a neighbor talking to her cat. It was obvious that she thought her cat could understand her.

I came to my house and told my dog. We laughed a lot.

What is the difference between a cat and a comma? One has claws at the end of its paws and the other is a pause at the end of a clause.

They found a cat on mars... A live cat was found roaming the surface of Mars. Scientists planned to have the Mars Rover capture the animal to study it but unfortunately while attempting to capture the feline, Curiosity killed the cat.

A man walks into a library and asks the librarian at the info desk if they have any books on Pavlov's dog or Schrodinger's cat. The librarian thinks for a moment before replying "It rings a bell but I'm not sure whether it's there or not."

What's the difference between a cat and a comma? One has its claws at the end of its paws, and one is a pause at the end of a clause.

What's the difference between a cat and a comma? One has claws at the end of its paws, the other is a pause at the end of a clause.

News has just come in that The Mars Rover has discovered a member of the feline species while exploring. Unfortunately, Curiosity killed the cat.

Edit: this is /u/Onetap1's joke, credit goes to him

What do you call a boy cat sleeping on a bed? Himalayan.

My kids cried when I told them I had put ginger in the curry. They loved that cat.

*A joke my son told me* - What do you call it when a cat wins a dog show? A Cat-Has-Trophey!

Went to the library and asked for a book on Pavlov’s dog and Schrodinger’s cat. The librarian said it rang a bell but she didn’t know if it was there or not.

Did you know they tested the Mars rover against animal attacks? They had to switch to dogs because Curiosity killed the cat.

My girlfriend threw up when I told her I put ginger in our curry. She loved that cat.

What's the difference between a comma and a cat? One is a pause at the end of a clause, the other has claws at the end of its paws.

My wife is leaving me because of my mental illness. At least thats what the cat told me.

My in-laws couldn't cope when their cat unexpectedly had 9 kittens, so my wife told me to put them in a sack and throw them in the river… I did it but it broke my heart.

I quite liked her dad…

Asked a librarian for that book on Schrodinger's cat and Pavlov's dogs today. Said it rang a bell but she didn't know if it was there or not

What is the difference between a Comma and a Cat? A comma is a pause at end of clause and a cat has claws at the end of its paws.

I lost my cat If found, please return him, dead and alive.

I went to a library and asked for a book on pavlov's dog and Schrodinger's cat The librarian said,"That rings a bell, but I'm not sure whether it is here or not."

I used to be in a band called 'Missing Cat'... You've probably seen our posters.

Which makes a better Doctor? A cat or a dog? of course its Cats! Dog's can't even run an MRI. But Cat's can!

I'm a bit of a wizard when it comes to talking to animals. I have a dog called woof. I asked him it's name, and it said woof. I have a cat called meow, because it said meow when I asked her name. And I have a parrot called Whatsyourname.

Imagine being naked and walking into a room and everyone wants to touch you. That's the life of a dog or cat.

There was life on mars... Until Curiosity killed the cat.

There was indeed life on Mars, a small cat it was... until Curiosity killed it.

A sad and depressed cat walks to a bar Bartender:what will ya have?


Cat:shot of rum.
(Bartender pours it)

(Cat slowly pushes it off the bar).
Cat:another.

The other day I unexpectedly bought a cat. It was an impulse purrchase.

I asked the librarian if they had the book about Schrodinger's cat and Pavlov's dog... She said it rang a bell but she wasn't sure if it was there or not.

My email password has been hacked again. That's the third time I've had to rename the cat.

Hey, did you hear about the dead cat on mars? Curiosity killed it.

Why Are There No Cats On Mars? because Curiosity killed the cat

(im just bored in a lecture)

My cat, Schrodinger went missing I don't know if she is dead or alive.

EDIT: Forgot to add, this actually is happening right now :(

Hey guys, I've a cat as a pet for a year now and recently found out my girlfriend doesn't like cat. Looking for someone interested in adopting. She's 22 from New York and works in HR.

How did the cat with 9 lives die instantly? It got ran over by a 3x3 truck.

What the difference between a cat and an emo? The cat still has 8 other lives.

Why did curiosity kill the cat? It didn't expect to see a cat on mars.

I think my cat's a communist. He always talks about Mao.

What type of cat is always disappointed ? Sighamese

What has more lives than a cat? Frogs. They croak every night.

My dad once put snowballs in the blender to make a smoothie. Snowballs was a great cat.

What's the difference between a comma and a cat? One is a pause at the end of a clause and the other has claws at the end of its paws.

My name is Zane, and my girl told me goodbye today.. All I did was ask her to feed the cat She said, "I'll feed her, Zane."

They say dogs can detect cancer by scent.. Wondering if CAT scan too..

People always tell me I shouldn't give my cat a bath... I don't see what the big deal is. Honestly, it's fine once I get all the hair off my tongue.

Someone put a bounty on Schrodinger's cat, It said, "Wanted, dead and alive"

My cat just told me I was schizophrenic. I didn't believe him, of course. I don't have a cat.

What did Katy Perry name her cat? Kitty Purry

Why wouldn't the Ewoks cat go outside? Because it was an Endor cat.

My husband is allergic to our cat, so I have to give him away :/ He's a sweet-natured ginger, comes when called, well-trained, and works in IT. 28 years old, answers to "Kevin".

I went to the public library yesterday looking for that one book about Pavlov's dog and Shrodinger's cat. The librarian said it rang a bell but she wasn't sure if it was there or not.

Wanna hear a cat joke? Just kitten, I don't have one right meow

Give a cat a fish, feed him for a day. No seriously, that's it. Just give us the fish.

What's it called when a cat meows for food when their bowl is half full? Fake Mews

I suspect that my cat has plans to kill me. But has just never been awake long enough to carry them out.

I think my cat's a communist... He won't shut up about Mao

When I was interviewed for a job in the chemistry department, they asked me if I had lab experience. I said I was more of a cat person.

What do you feed an invisible cat? Evaporated Milk.

If I had a dollar for every time I stepped on the cat when I arrived home... I could afford to wipe my shoes on a proper door mat

What has two legs and can't stand up? Half a cat

I was told by the vet that i had to put my cat down... So i went home to it and said "You're fat and lazy."

What's the difference between a comma and a cat? One's a pause at the end of a clause, and the other has claws at the end of its paws.

What's the difference between Mufasa and a house cat? Mufasa couldn't land on all fours.

The kids were really suprised when I put ginger in their curry... ...they really *did* love that cat.

> Stolen from a recent episode of *Match Of The Day*

What does a two-headed cat say?? Weow!

The other day, a wizard offered to turn me into a cat. The suggestion gave me pause.