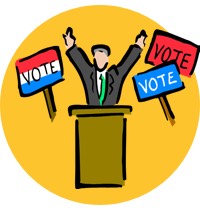 What does the Trump administration use instead of emails? Alternative fax.

Edit: This is not a political statement. I do not have an agenda. This is a bad pun for you guys to enjoy. Wake up sheeple! 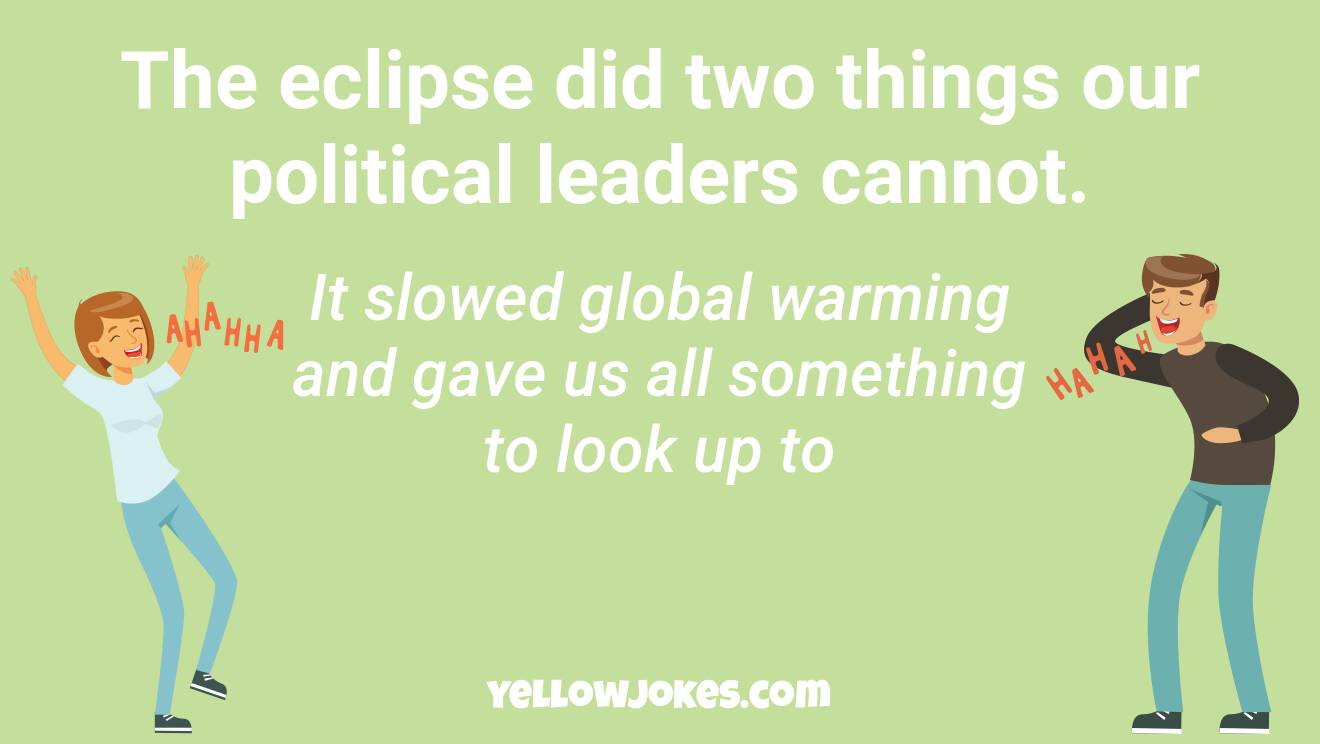 I hate political jokes And it disgusts me that two are running for president.

This isn't a political post; I just want to travel.

What's the worst thing about a political joke? They usually get elected

If Donald Trump wins I'm going back to Africa For some political stability..

I hate all the political correctness these days, I can't even say "black paint" anymore. Now I have to say "Tyrone please paint the fence."

Political correctness gone mad. I can't even refer to my own child as my disabled son.

Apparently it's my "daughter."

Political Correctness has gone mad... You can't even say "Black paint" anymore, you have to say "Jamal would you please kindly help me paint my fence."

You know what the biggest problem with political jokes is? They get elected.

You guys want to hear another political joke? Neither do I.

Want to hear a joke about political correctness? \[This joke was removed due to offensive content\]

Why did the police chief tell his officers to show up 15 minutes early to the political demonstration? To beat the crowds.

With political correctness on the rise, you can't even say "Black Paint" You have to say "Tyrone, please paint my house"

The worst political jokes..... Are the ones that find themselves getting elected.

Black paint Political correctness has gone to far these days. You cant even say black paint any more, you have to say "Tyrone, please will you paint my house?"

People are so political these days... ...that you can't even say black paint. Instead, you have to say, "Daniel, please paint my fence".

Why did Moses vote for Al Gore? Because the last time he took political orders from a Bush, his country went mucking around in the Middle East for forty years.

I don't approve of political jokes I have seen too many of them get elected.

Political correctness has reached the level of absurdity For example, we can't say brown paint. Instead we should say "please paint that wall, Jose"

I'm not a fan of political jokes. I've seen too many get elected.

I don't like political jokes Too many of them get elected.

I enjoy political jokes... I just don't like when they get elected.

I just saved a bunch of money on Christmas presents.... By posting about my political views on Facebook.

What’s the worst thing about political jokes? That sometimes they get elected.

With all the political correctness in our current era, we can no longer say "black paint", but instead "Tyrone, can you please paint the fence"

How do you call a circle jerk that got way out of hand? A political party

What do you call it when Bill Clinton gets an erection? A political uprising.

I feel like with all this political stuff going on, its become popular with a lot of people to be angry all the time. Some might say its all the rage.

With all this talk about gender politics lately I've decided to create my own political party. I call it the Pants Party, and you're invited!

What's the greatest problem with political jokes? They get elected.

What is the ultra conservative political party called in Jamaica? Rasta-far-right

a Not-So-Subtle Political joke Dear Americans, and other people of the Earth. I will now tell you a joke....

News: Trump saves lives Of immigrants. By quarantining the USA.

(Just a satirical joke folks, not a political comment.)

The situation in Finland is constantly worsening Finland has recently undergone political and economical distress, and are willing to become a part of Russia. We will no longer be able to see the Finnish line.

Do you know the far right-wing green political party ? Their program : kill immigrants to make compost

A mugger jumps upon a College student and shouts "your money or your life!"... The student keeps walking, and says "Sorry my dear mate, I'm a Political Science student. I don't have either. Moreover you may give your money....

What is the difference between North Korea and the USA? One political party.